Mom Sees Waiter Hovering Over Baby And Snaps This Pic. What Happens Next Is Going Viral 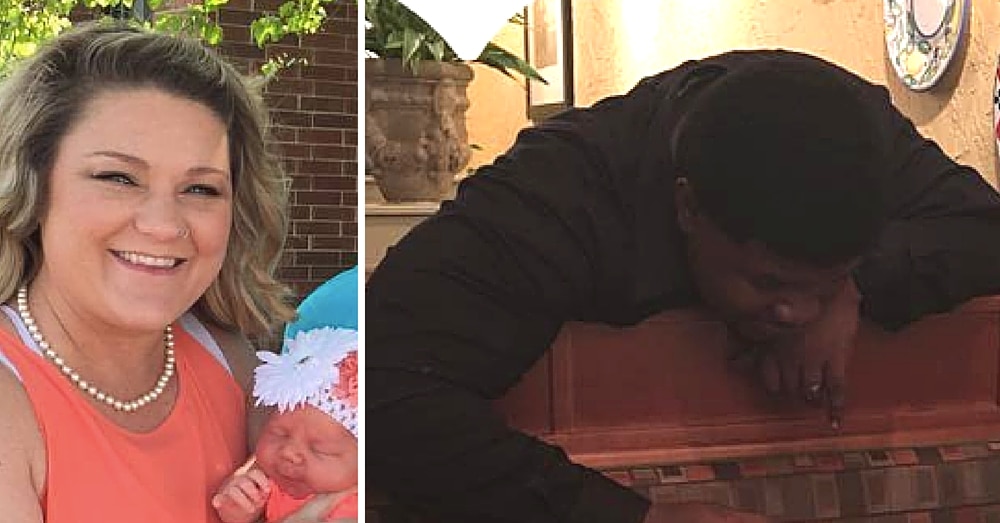 Little Rock mom Dallas French was having a rough week. Her four-month-old daughter, Ellee, had been sick for days and had just tested positive for E. coli.

On the way home from the children’s hospital the exhausted mom stopped at a nearby Olive Garden with her baby and husband so they could grab something to eat.

Trying to go out to eat with kids is always challenging, but this dinner proved especially difficult. Dallas tried to prepare a bottle for her hungry baby while they waited for their food, but spilled the milk all over herself and the floor.

As she attempted to make another bottle, their waiter brought over some salad and breadsticks. Unbeknownst to Dallas, he had been watching the whole ordeal, and he then said eight words that made the overwhelmed mother melt.

The waiter then proceeded to take the bottle and feed baby Ellee while Dallas and her husband finished their dinner.

“This melted all of us and this is what we need more of!” Dallas said in a Facebook post. “He didn’t even know what we had went through that day and showed us love an[d] understanding.”

Dallas didn’t catch the waiter’s name, but she did snap a photo of his wonderful act of kindness, and Olive Garden has reached out to her so the kind young man can be recognized.

It’s clear, though, that the waiter didn’t do it for the recognition – he just did it because it was the kind thing to do.

Dallas was right – this is what we need more of!

Were you touched by this young man’s act of kindness? So share this!