Mom Sees Stroller Upside Down In Rushing Water, Then She Realizes Toddler Is Still Inside 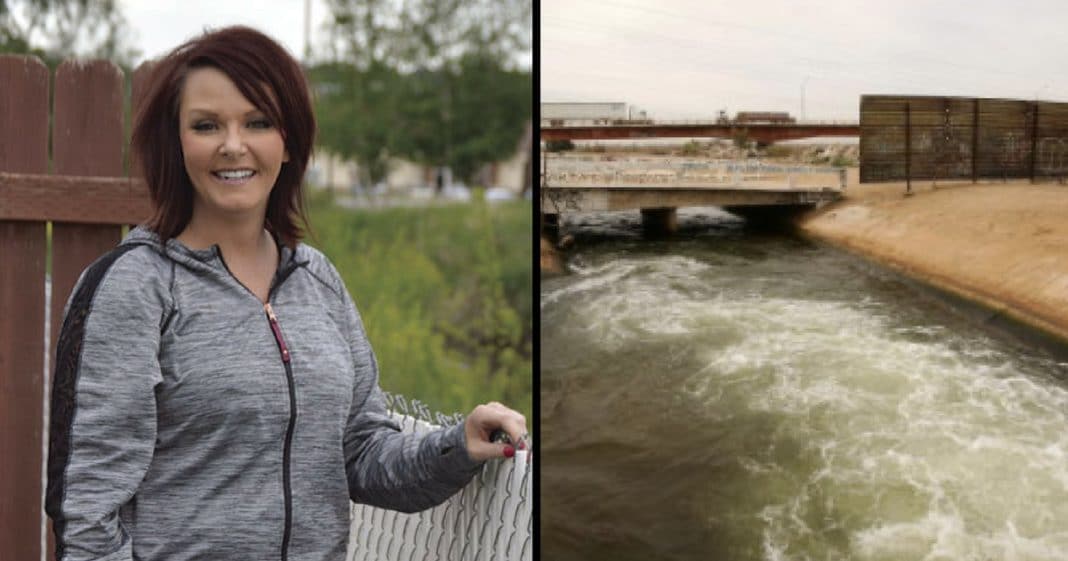 Missy Pocock had always been nervous about the canal that ran by her house in Rexburg, Idaho. Her kids often played nearby and she worried about them falling in.

Recently the mom learned that her fears were not unfounded.

She was mowing her yard when she noticed two girls with a stroller and a dog walking near the canal. All of a sudden the dog ran by and brushed against the stroller, causing it to roll into the canal.

As the girls frantically tried to get down to the water, Missy realized there was a child still strapped into the stroller.

“I looked up, and the stroller was upside down in the canal. He was 6 feet down the canal,” she recalled. “I couldn’t even see him. All I could see was the stroller.”

Without a second thought, Missy raced over to the canal, jumped over the fence, and dove into the water where she swam to the overturned stroller and pulled it and the little boy out.

As she picked him up she noticed he was turning blue and she began to pound on his back to get him to start breathing.

“I just pounded on his back. I got the water out of his lungs and climbed out. Once I finally got him to breathe, he started screaming,” she said.

The girls told her he had asked them to let him throw a stick into the canal, but when he did so the dog brushed past the stroller and knocked it into the water. One of the sisters tried to get to him, but with no luck.

“The water was moving super fast,” Missy recalled. “I was shocked at how cold it was. It was super, super deep and super, super muddy. I sunk like a foot when I jumped in. My shoes went straight in the mud. I had bruises everywhere. I cut my hand and was bleeding all down my arm.”

Despite the pain, she said, “It was better than a kid dying.”

Missy said she is not especially athletic and does not exercise much. She believes her sudden athletic prowess that day was due to a little help from above.

“I’m not an avid jumper. I was never in track. There was definitely some divine intervention in that extravaganza,” she said. “Two little boys at the edge of the bridge said, ‘That was so awesome. You flew over the fence and then jumped in the canal.’ All I know is angels helped me over the fence.”

Were you amazed by Missy’s heroic and miraculous story? So share this!