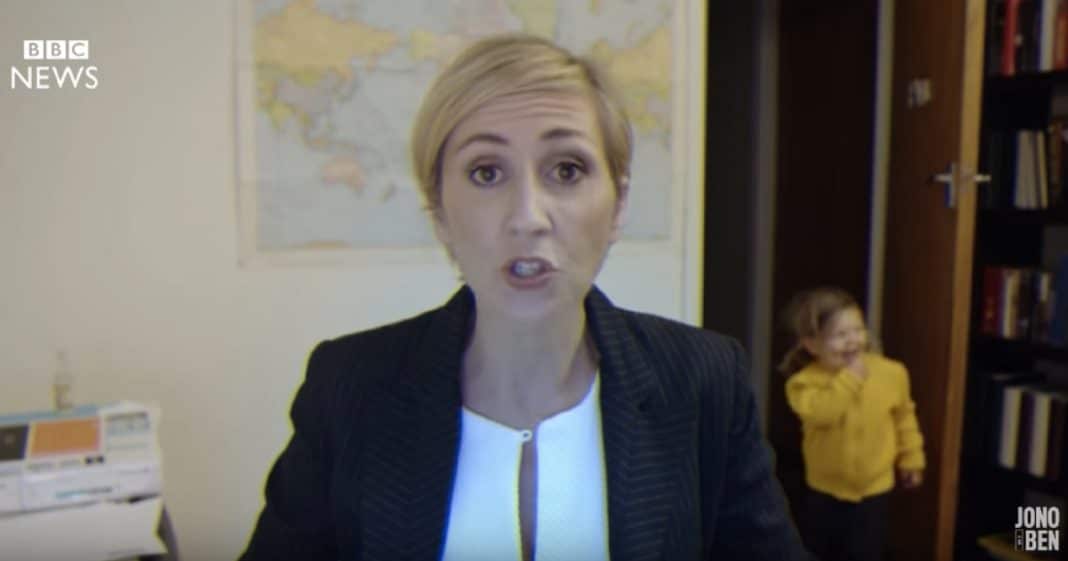 By now you’re probably familiar with the now-viral live BBC interview with Korean university professor Robert E. Kelly in which his kids hilariously charge into the bedroom and steal the show.

People all over the world were cracking up watching the chaos, and parents everywhere could relate to the unpredictability of life with kids.

But what if that professor had been a woman? Would things have turned out any differently?

In a video that is now catching as much attention as the original, a woman takes Professor Kelly’s place in the home office, and her handling of life’s distractions is something every mom can relate to.

As continuous distractions march into the room – her kids, her husband, a bomb defusing squad – the mom doesn’t lose focus, continuing on with the interview as she appeases her kids, steams a shirt, takes dinner out of the oven, and, yes, defuses a bomb.

“You do look rather busy there,” the interviewer tells her. “We can reschedule.” But the mom remains unfazed as she continues giving the interview.

Any mom can attest that multi-tasking is an invaluable skill when it comes to raising kids and running a household. While this video might be a slight exaggeration of everyday life, it’s a good reminder to appreciate our moms and everything they do for us!

As the video’s caption says, “Shout out to all the working women out there defusing bombs on a regular basis!”

Did you find this parody video as funny as we did? So share this!