Mom Goes To Feed Twin Babies, But Keep Your Eyes On The One On The Right… 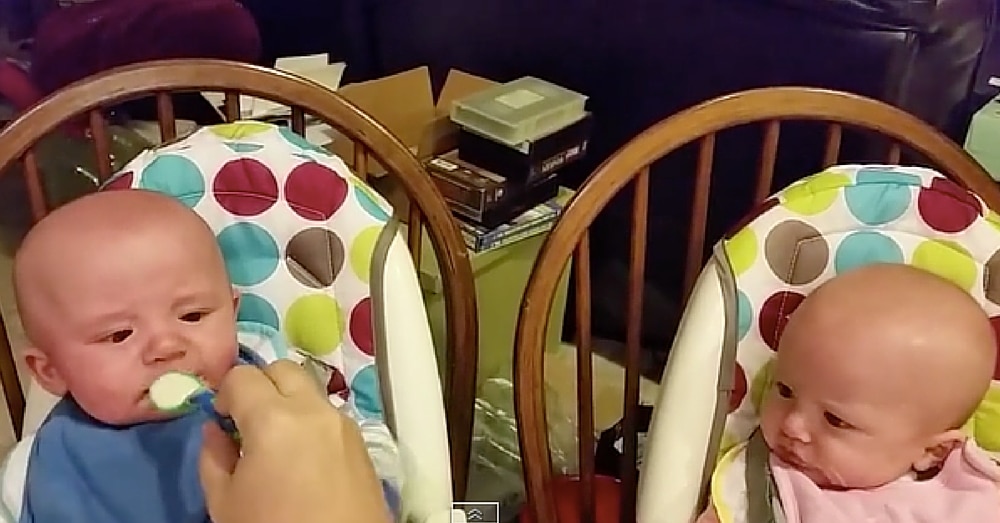 People say that babies are born with a sin nature, and this video may just prove that!

Any mother will tell you that you don’t have to teach a child to be selfish or jealous, and this mom is learning that first hand! When she starts to feed her twin babies, they each have a reaction that is so surprising – and hilarious – that she just had to capture it on film.

Since she only has two hands (and one has to hold the jar), this mom can only feed one of her babies at a time, so she takes turns feeding them bites. No problem, right? Wrong!

As soon as the mom finishes feeding a bite to one of the babies and goes to feed the other one, the baby who had just been fed starts to cry, upset that they don’t get to eat more and that their mom’s attention has been turned to their sibling.

So much for sibling love!

The mom couldn’t believe how her babies were acting, so she pulled out her camera and started filming, and we’re so glad she did! We just can’t stop laughing and watching this video over and over again!

Click below to see their hilarious antics for yourself!

Source: Twin babies top contenders for cutest sibling feud of all time by AFV on Rumble