Mom Forced To Give Up Dream After Divorce. 55 Yrs Later She Finally Finishes What She Started 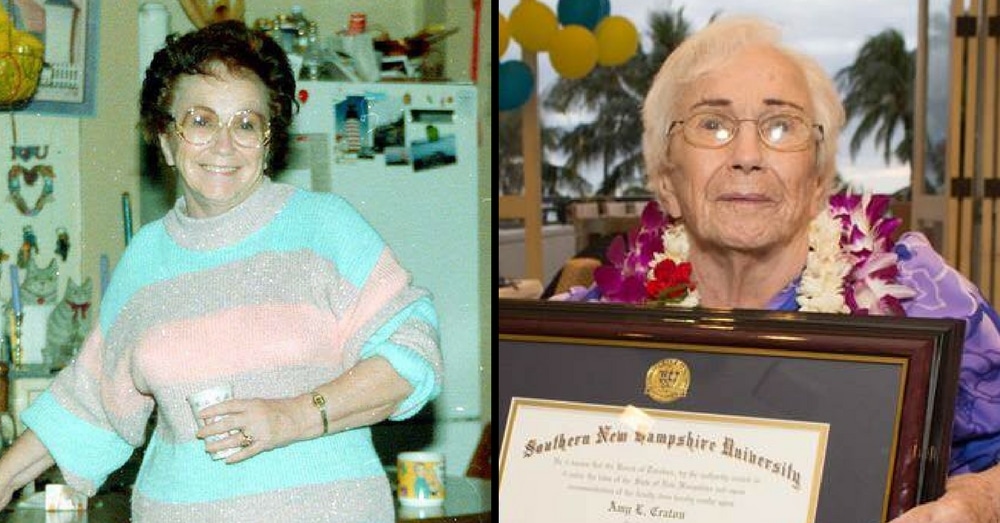 Amy Craton will tell you it’s never too late to finish what you’ve started, even if it takes more than five decades to do it.

The 94-year-old great-grandmother this week celebrated receiving her college degree, which she earned with a perfect 4.0 grade point average.

Craton had put her education on hold in 1962 to return to work and raise her four children following a divorce. 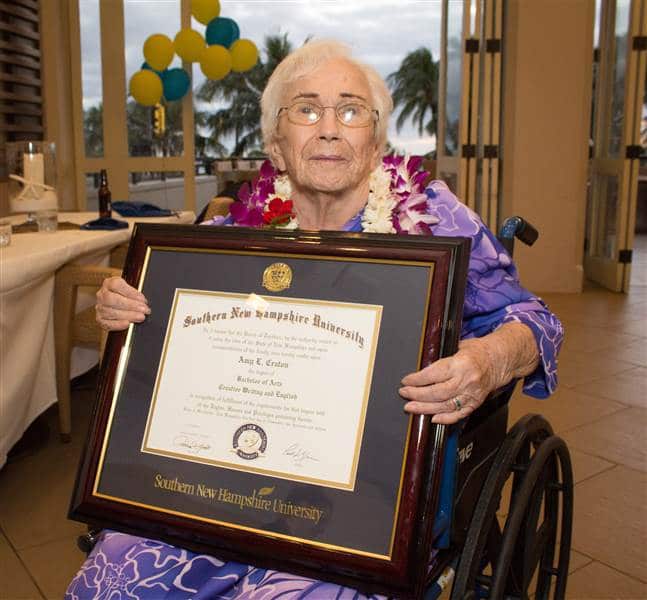 “It feels good to graduate, to finish that part of my life, but I feel that I’m still on the road,” she said in an interview released by her school, Southern New Hampshire University. “I have much more to learn.”

To mark the achievement a half-century in the making, SNHU president Paul LeBlanc flew from the Manchester school to Honolulu, where Craton lives, to personally award her diploma at a surprise graduation party.

In a wheelchair and hard of hearing, Craton, who wasn’t available for an interview with TODAY, decided to return to school through an online program the university offered.

She picked Southern New Hampshire because it brought back childhood memories of living in New England.

She decided to finally finish her education because the timing was right — and she disliked the idea of being idle during her golden years.

“I couldn’t see just sitting there watching Netflix all the time,” she said in a video provided by SNHU. 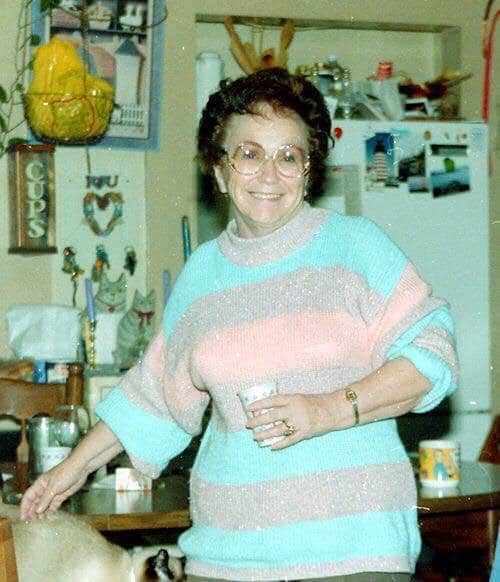 Craton put her education on hold more than 50 years ago to raise her family. Courtesy of Amy Craton

Craton, who earned her Bachelor of Arts in creative writing and English, is the school’s oldest graduate, and university officials believe she may be one of the oldest students in the nation.

“I’m trying to live my life to the fullest,” she said.

Read about Craton’s ambitious plans now that she’s finished her degree at TODAY.