Mom Films Daughter As She Tries To Get On Pony. What Happens Next Is Going Viral! 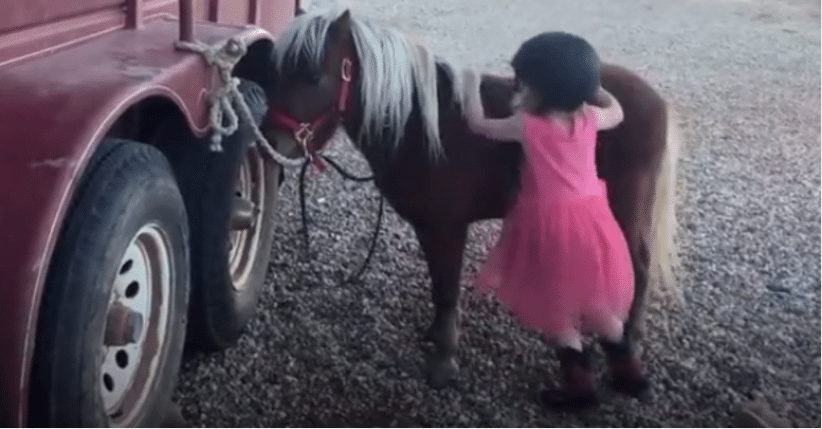 Lots of kids – and adults for that matter – will get frustrated and give up if they can’t get something after the first few tries, but this little girl is inspiring thousands with her determination and refusal to give up.

Three-year-old Crosslyn has been riding horses for over half of her life and she’s a natural, but in the world of horseback riding there are always new things to learn and ways to improve.

Recently, Crosslyn has been working on getting up on her pony, Bo, by herself.

The adorable tot had been practicing for a while and wanted to show her mom her new skill, but when she started showing off for the camera she had a little bit of trouble.

It took Crosslyn not one, not two, but 16 tries to climb up on Bo’s back!

You can hear Teah gigging a little bit in the background as Crosslyn determinedly tries again and again to mount her incredibly patient and gentle pony. Finally she gets it, and her proud grin once she’s on says it all!

Teah posted the adorable video online where it has since gone viral. People just can’t get enough of the little girl who wouldn’t give up!

“She never quit until she accomplished it,” Teah said. “She never gave up and lots of people I’ve noticed [from the reaction online] were shocked.”

Did you find Crosslyn’s determination and Bo’s immense patience as amazing and adorable as we did? So share this!