Mom Confused When Pit Bull Runs Outside. Then She Hears A Scream… 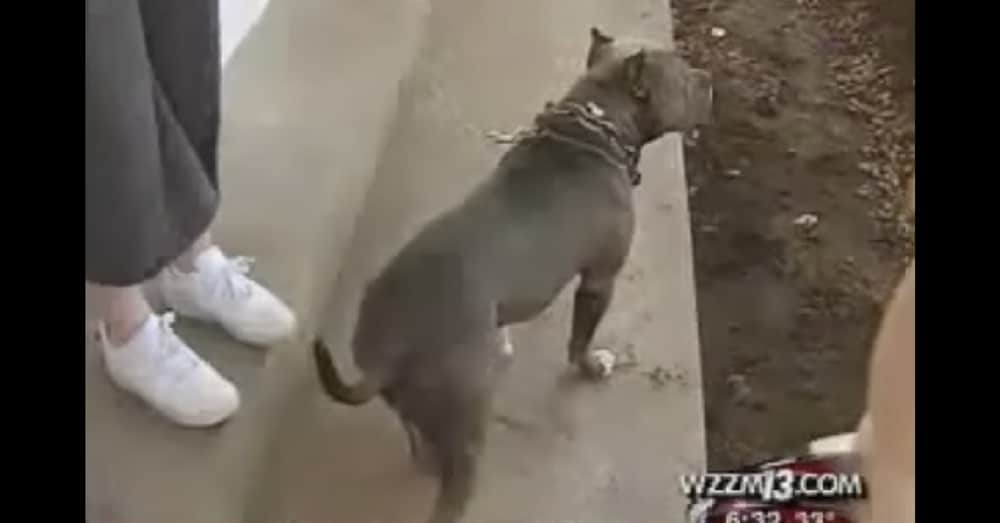 It started out as a typical evening at home. Blitz, a 2-year-old pit bull, was home with his owner and nothing seemed out of the ordinary.

But then Blitz heard a scream.

Blitz’s owner was getting ready to go to bed when she saw the dog tear outside. As she followed after him she could hear the terrifying sounds of a woman’s cry for help from across the street.

The woman’s estranged husband had broken into her house and started assaulting her and dragging her toward his car. When Blitz heard the woman’s screams he rushed to help.

The pit bull’s owner says Blitz never bit the man, but he scared him enough that he loosened his grip on the woman and she was able to get away, run to Blitz’s house, and call the police.

Thankfully police were able to apprehend the man and take him away without further incident.

Pit bulls have a reputation of being violent dogs, but Blitz’s owner hopes his story of heroism will help reduce the stigma that surrounds the breed.

Were you amazed by what this pit bull did for the terrified woman in need? So share this!