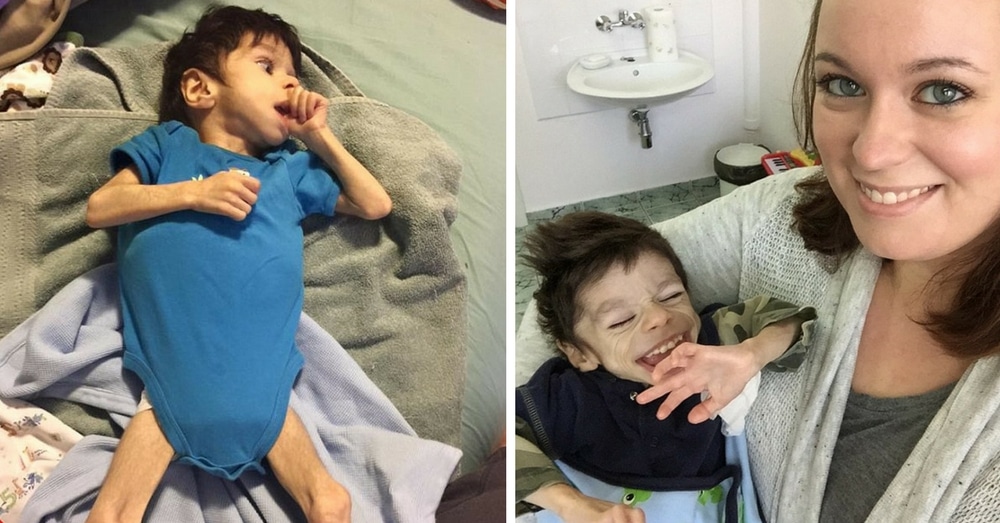 When Priscilla Morse saw a picture of a skeletal 7-year-old boy who looked to be on the brink of death, she knew she had to try to save him. She flew to his orphanage in Bulgaria to finalize his adoption and brought him home with her to Tennessee.

When the boy, Ryan, first got to the U.S. he weighed only 8 pounds, and things didn’t look good for him.

“The first meeting was pretty scary,” Priscilla said. “He was bones and skin, he literally looked like a skeleton. The first thing that went through my head was, ‘He’s going to die.'”

Ryan was rushed to Vanderbilt Children’s Hospital where he was immediately put on a feeding tube. Even the doctors there couldn’t believe what bad shape he was in.

“I had never in my life seen doctors look at a child and burst into tears,” Priscilla recalled. “They did call social services. They said, ‘I’m sorry, he’s probably going to die.'”

Ryan stayed at the hospital for two weeks. Then, shortly after being discharged, he was readmitted for another month.

Things were touch and go for a while, but now, more than a year later, Ryan is doing much better. He has gained weight, now weighing 23 pounds, and he has even started to speak.

Doctors discovered the young boy has cerebral palsy, microcephaly, scoliosis, clubbed feet, and dwarfism, and it may take him years to recover from all the special needs he developed at the orphanage, but his loving family will be with him every step of the way.

“His progress has been nothing short of a miracle in my opinion,” Priscilla said. “The first time I saw him I couldn’t even formulate a sentence. I was convinced he would die before I got him home and now he is a happy, giggly, active boy.”

Priscilla, who already had two biological sons and an adopted daughter with her husband David, said she was inspired to adopt Ryan because she herself was adopted, and she also had a brother with special needs who died when he was 9 years old. The love her parents showed her brother has shaped her and led her to help others in need.

“I was pretty young when he passed away,” she said of her brother, “[but] I remember how much my parents loved him in spite of all his special needs. I wanted to give that to a child that was given up because of his special needs. Everyone is deserving of a family.”

Are you happy to see how well Ryan is doing now that he is with his new family? So share this!