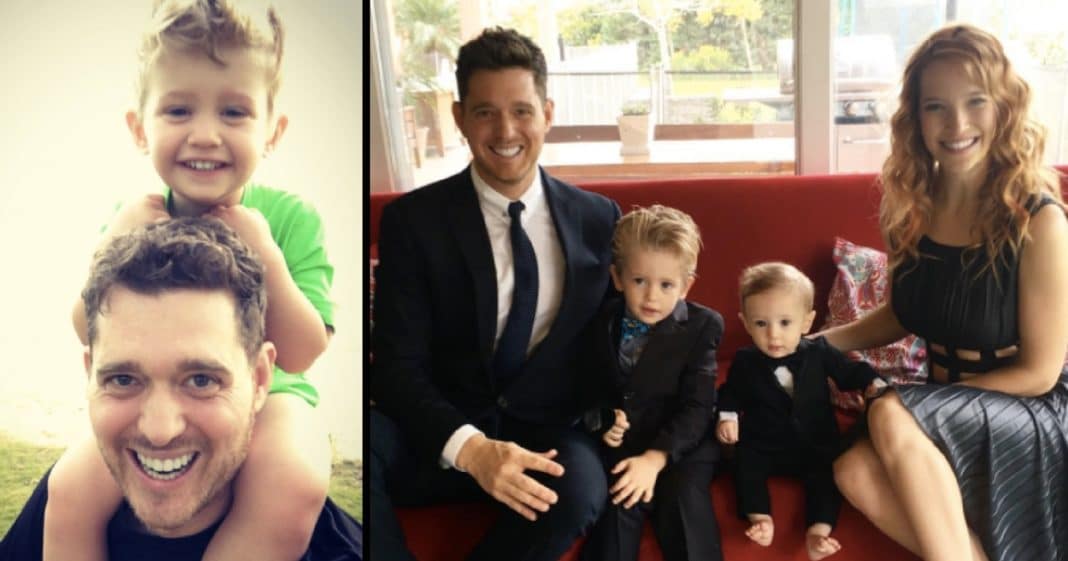 Michael Buble‘s wife Luisana Lopilato is speaking out for the first time about her 3 1/2-year-old son Noah’s battle with cancer since it was revealed last November.

At a press conference in Buenos Aires on Monday to promote her new film Those Who Love, Hate, Lopilato said Noah’s “recovery is a long process,” but they are “looking forward to thinking about the future, to seeing our children grow.”

“Thank God, my son is well. When things like those that happened to us occur, your take on life changes,” she said in Spanish, The Daily Express reported. “It happened to us. Now I value life much more, the now and the today. I would like to thank people for their support, for the prayers they said, for their love, and I want them to know that they reached us and that it helped us a lot to come through this.”

Lopilato also thanked everyone for sending prayers and well wishes to her family during this difficult time, saying “everything reached me and that it helped us a lot to get through this.” She also said her religious faith helped her reflect strength onto her son, family, and friends.

“My faith in the fact God had a miracle helped me,” Lopilato said. “I became strong so my son would get better. I transmitted that to all my friends and family.”

See the news conference and read more about Noah’s recovery on On Air With Ryan.