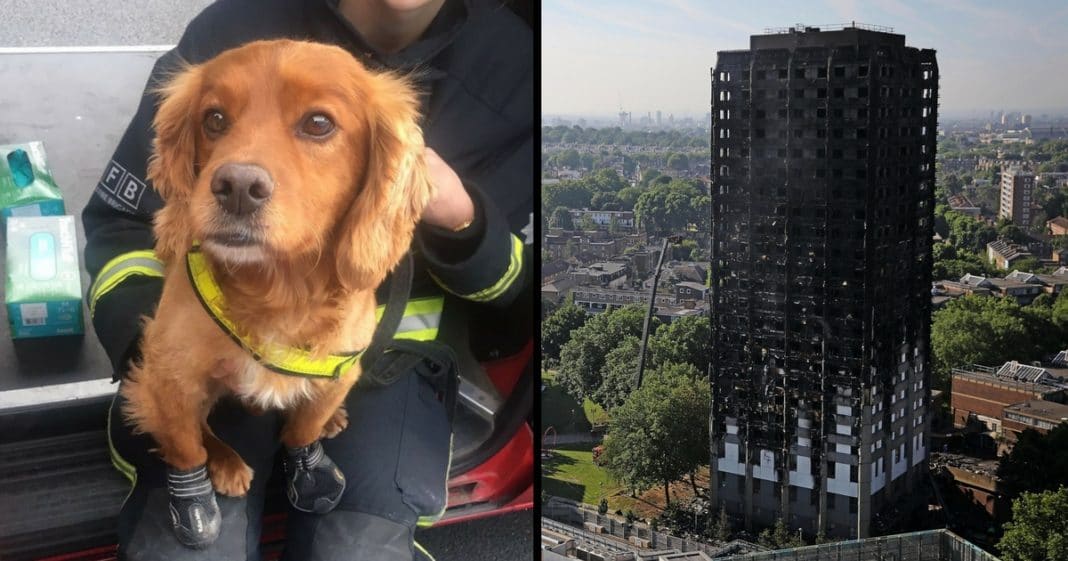 Firefighters have been on the scene on Latimer Road, north Kensington, since around 1am on Wednesday morning.

Specially-trained dogs are assisting in the slow and painstaking search process because they are lighter than humans and can cover areas more challenging to access – such as the horrendously damaged upper floors of the 24-storey tower block.

Just like their human counterparts, canine crew from London Fire Brigade and the MET’s urban search and rescue team are given specialist equipment, including little boots to protect their feet from heat, glass and other sharp objects. 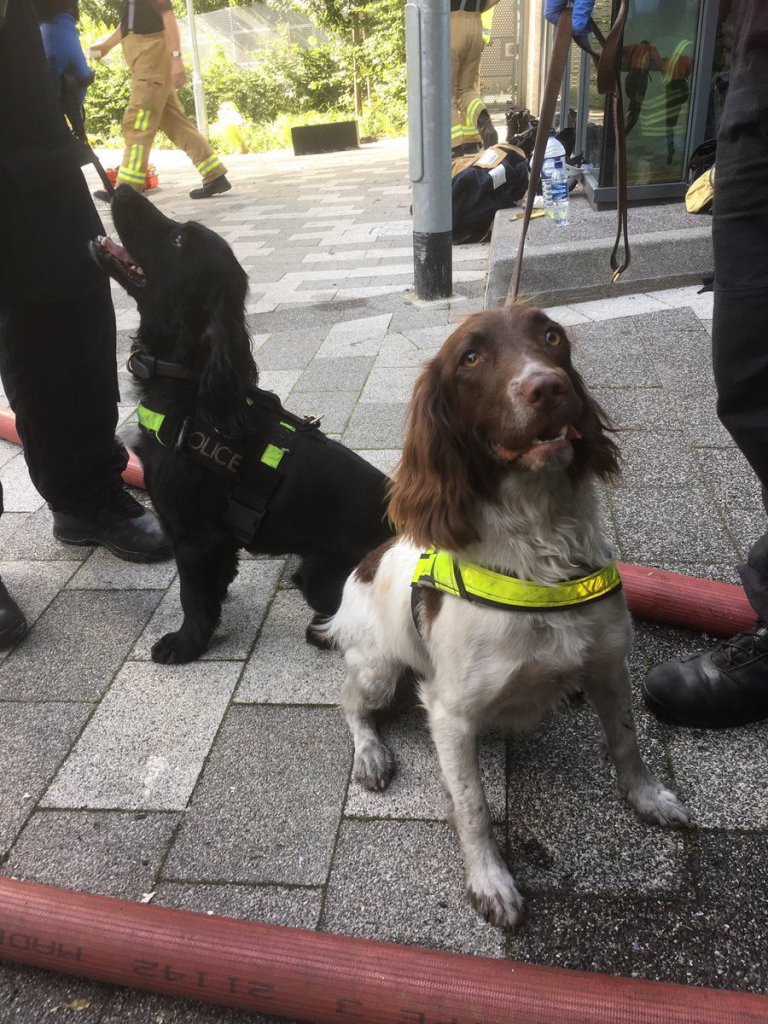 Although the task looks incredibly dangerous, there has been no report of injury to any fire dog while working in the UK, according to the London Fire Brigade.

Fire investigation dogs are used in a variety of scenarios are trained to identify a variety of ignitable substances.

Their sense of smell is often more accurate than specifically designed technology and they can even help to determine whether a fire has been started deliberately.

Sadly, London Fire Commissioner Dany Cotton said crews are not expecting to find any survivors, though the search is continuing to identify those who remain unaccounted for.

While the official death toll stands at 30, there are fears the fire claimed more than 100 lives, but the scale of the damage means authorities are finding it extremely difficult to find and identify remains. 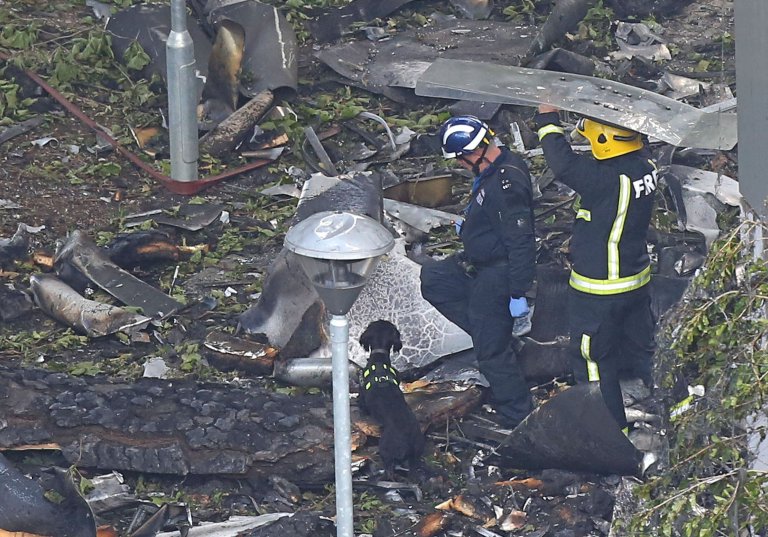 Emergency services with a rescue dog at Grenfell Tower in west London after a fire engulfed the 24-storey building (Picture: PA) 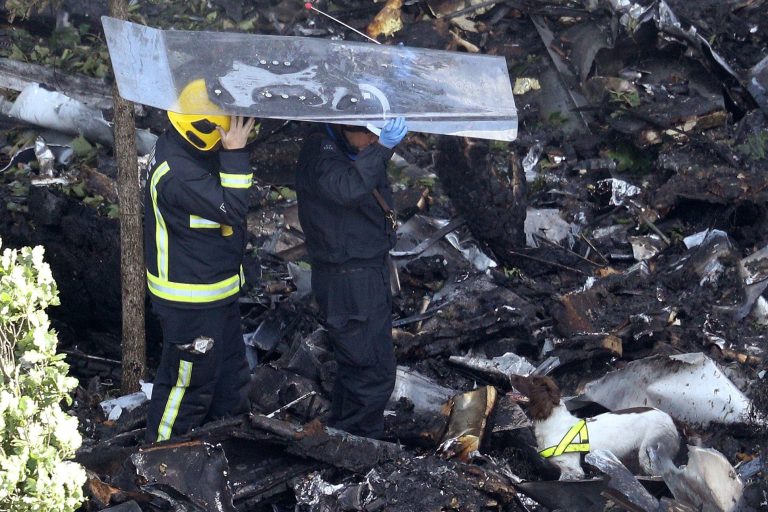 Firefighters and sniffer dogs inspect debris at the foot of Grenfell Tower on June 15 (Picture: Getty)

The use of fire investigation dogs will help to speed up the process and allow crew to explore damaged corners of the building that a human would simply be unable to reach.

London Fire Commissioner Dany Cotton said: ‘This is a large building, there will be a large amount of building work required internally.

‘Before we do that, we are going to utilise some specialist dog training teams that we have, that will go through the building and the surrounding area looking for any identification of people.’

Read more about these incredible dogs and the work being done at Grenfell Tower on the Metro.