Marine Veteran Learns Dog Only Has Months To Live. What He Does Next Had Me In Tears 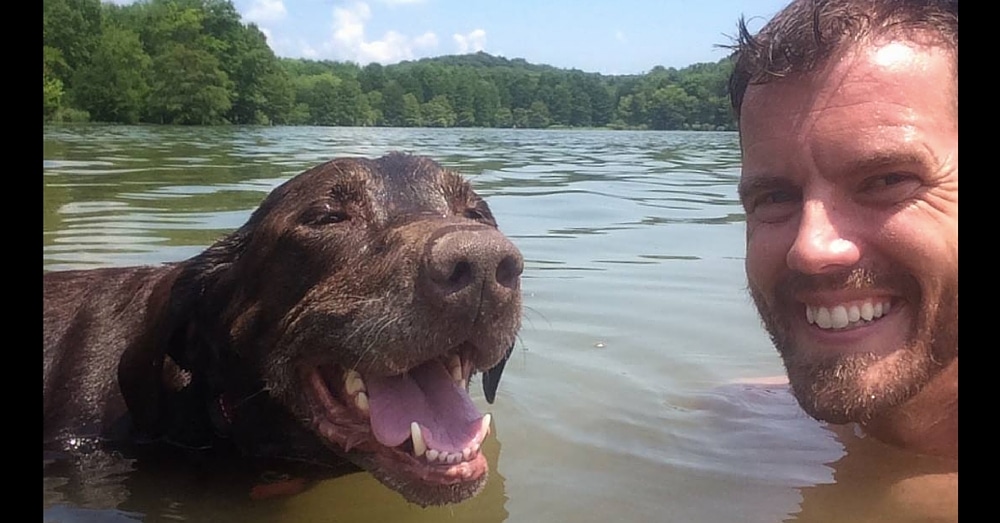 Life has not been easy for Marine veteran Robert Kugler. He lost his brother in Iraq in 2007 and his oldest sister in a car accident a couple of years ago. “When you see lives end shortly before people get to do many of the things they dream of doing, it changes your perspective on life,” he said.

That’s why, when he found out his dog, Bella, had cancer and only had a few months to live, he decided to make the most of the life they still had together.

Robert had just finished school and , instead of heading into the job market right away, he began to plan a road trip adventure of a lifetime with Bella.

First they headed to the Marine Corps Ball in Chicago, then continued east through the northeastern United States.

After that, they “lingered at home for nearly three months, working a little, trying to put the story together to share it. But it didn’t feel complete. She was still here, with so much life left,” Kugler said. “So, when the chance came to give a bud a ride to North Carolina, I decided to finish the southern route and make it to the Keys, which we did!” “I feel like right now this is my purpose. The chapter in my life right now is just exploring with my dog,” he said, adding that this journey has helped him work through the losses he has already had to face. Thankfully, “Bella is doing pretty darn awesome,” so Robert is planning another adventure for them to share.

“I’d like to get my 4Runner geared up as a more organized camping rig, then go out towards the [National] Parks,” he said. “Taking Bella to each state really isn’t the priority, it’s more having her along to experience my own ‘hero’s journey’ and appreciate each other’s spirit and life on the planet.”

Do you love what this Marine veteran is doing for his beloved dog? So share this!