Man Scatters Grandmother’s Ashes, Then Sees Something In Water That Makes Him Jump Into Action 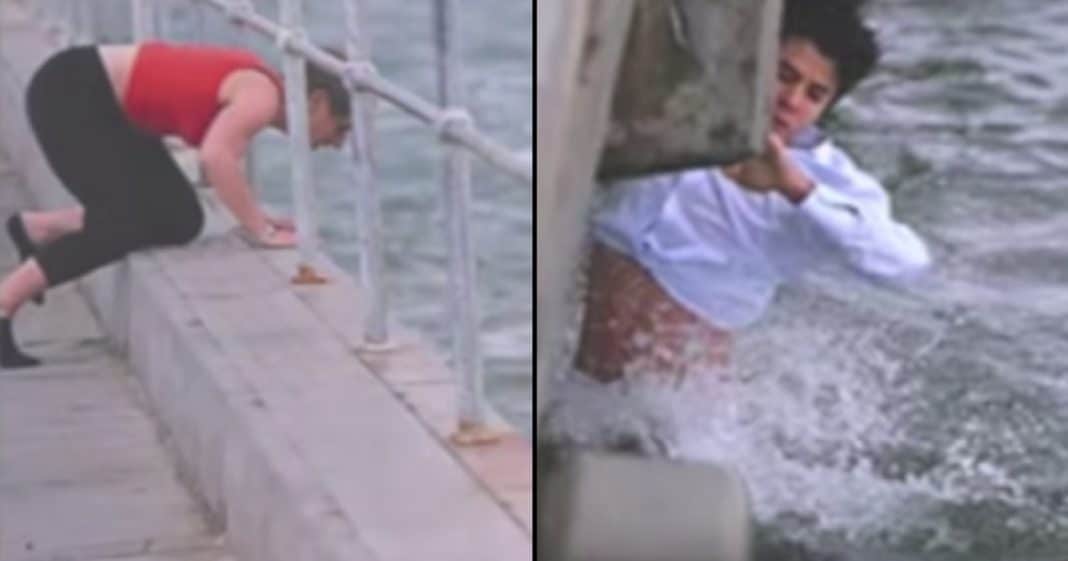 Raden was just 20 years old when he lost his beloved grandmother and while this was a very sad occurrence, he found a wonderful way to commemorate her memory. He took her ashes Brighton Pier, where he planned to scatter them on the waters and allow her to enjoy a unique final resting place.

While this occasion was meant as a time for Raden to have a remembrance of his fallen loved one, he ended up making a new friend along the way. Bibi was a small Maltese and shi Tzu hybrid and the poor pup was struggling to make his way back to his owner, as a gust of wind had blown him off the pier.

Unfortunately for poor little Bibi, the waves were much too strong for him to make any serious headway and his progress was being impeded. Luckily for the pup, Raden had seen the situation unfold and he took off his clothes to jump into the waters to save Bibi without a single moment of hesitation.

Sue, Bibi’s owner, watched and waited for Bibi and Raden to come back with breathless anticipation. Raden managed to reach the terrified dog in the nick of time and rescue him from the violent waves before they had a chance to take him under.

Read more about this incredible rescue on Goodfullness.