Man Pushed Onto Subway Tracks. What Ballet Dancer Does Next Leaves Onlookers In Disbelief 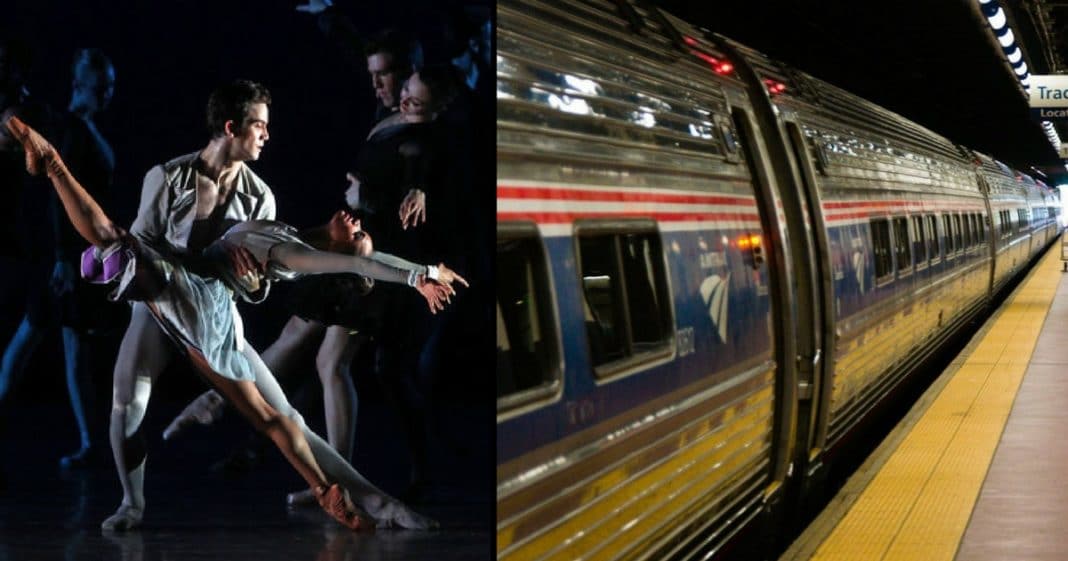 Professional ballet dancer Gray Davis has been recovering from a herniated disc and has been unable to dance recently, but that didn’t stop him from leaping to the aid of a man who was pushed into the path of an oncoming subway car Saturday night.

The 31-year-old, who is a dancer with American Ballet Theater, had just watched his wife, Cassandra Trenary, who is also a dancer, perform at the Metropolitan Opera House. They were on their way home when there was a scuffle near the tracks.

A young woman and a middle-aged man, who police say is homeless, got into a fight and the woman pushed the man onto the subway tracks, where he was knocked unconscious.

With the train just minutes away, everyone in the station seemed to freeze, unsure of what to do next.

When the scuffle had started, Cassandra sent her husband to look for help. Gray had gone upstairs to the token booth, but when he found it empty he headed back to the platform, arriving just moments after the man hit the tracks.

“At first I waited for somebody else to jump down there,” he said. “People were screaming to get help. But nobody jumped down. So I jumped down.”

He grabbed the man and lifted him toward the platform where others helped pull him to safety. That’s when Gray heard a train coming in the distance and realized he would now need to get himself out of harm’s way.

“I never realized how high it was,” he said. “Luckily, I’m a ballet dancer, so I swung my leg up.”

Police soon arrived and arrested the woman involved in the altercation, 23-year-old Carolyn Mack. She was charged with two assault charges, as well as first-degree reckless endangerment.

The name of the 58-year-old homeless man has not been released. Police say he regained consciousness but suffered lacerations to his head and was taken to St. Luke’s Roosevelt Hospital for treatment.

Gray said the gravity of the situation didn’t really hit him until it was all over.

“It was really scary,” he said. “I don’t know if I had time to process it until I saw my wife coming down crying — then I realized it was scary.”

While Gray has been shy to talk about his heroic actions that night, many others have praised his quick-thinking and bravery.

Gray’s mother, Janie Krabbe B. LeTourneau, who was with him at the station that night, said she has never been prouder of her son.

“My son has always made me proud,” she wrote in a Facebook post, “but I’ve never been as proud of him as I was tonight, out of 2 full platforms of people, he was the only person brave enough to jump down and save that man’s life. This certainly is a day I will never forget in more ways than one.”

Do you agree that Gray is a hero? So share this today!