This Man Is The Oldest Living Person In The World! 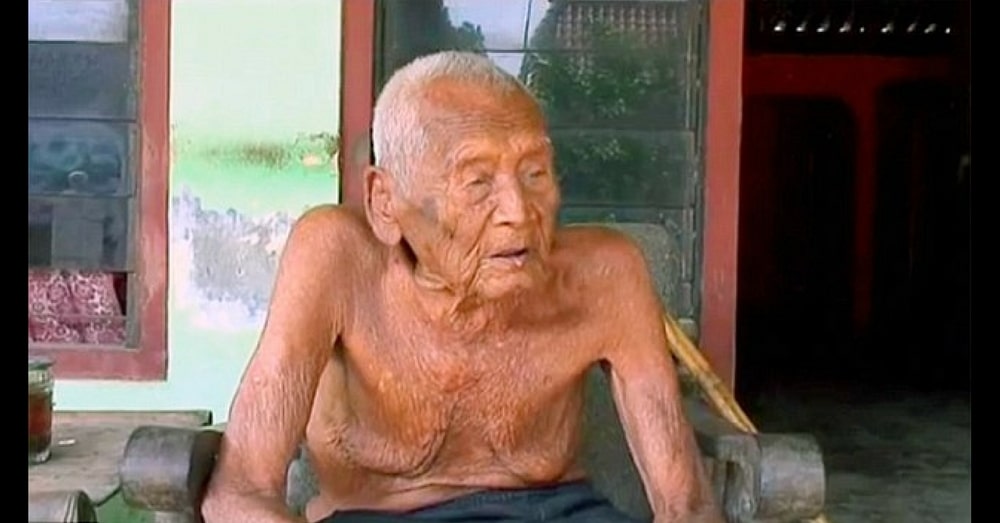 The world’s oldest man has been named as Indonesian Mbah Gotho, who is 145 years old, with documentation that says he was born in 1870.

Mr Gotho said he began preparing for his death in 1992, even having a gravestone made, but 24 years later he is still alive.

He has now outlived all 10 of his siblings, his four wives and his children.

Though his age is impressive, Mr Gotho told a regional news network: “What I want is to die.”

For the past three months he has needed to bathed and spoon-fed, and is becoming increasingly frail.

Mr Gotho has official documentation which shows his age, and the Indonesian records office says it has confirmed his birth date as December 31 1870.

If this is correct, this would earn him the title of the oldest person ever, a title currently held by French centenarian Jeanne Calment, who was 122 when she died – 23 years younger than Mr Gotho.

Read more about this incredible supercentenarian on the Independent.