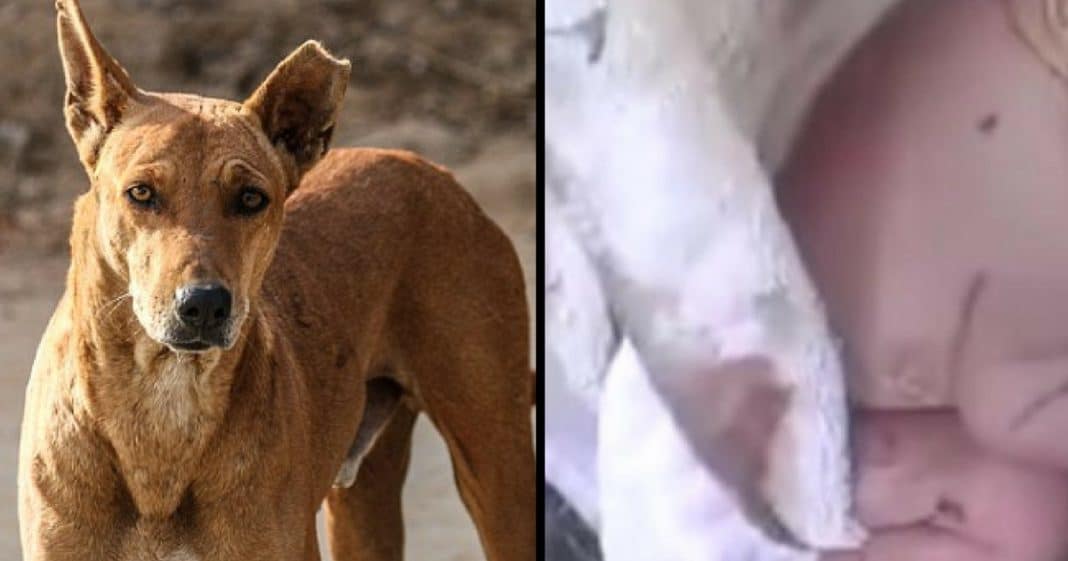 At first, it seemed like any other day. Ulhas Chowdhury was on his way to Manbhum Victoria Institution, the school in the Purulia district of India where he teaches. He took the short-cut through the thicket like he always does. But something was about to happen that would leave him stunned.

As he walked, Ulhas heard a strange noise that made him stop. It sounded like crying. He began to look in the bushes and soon found a pack of four stray dogs standing around a blanket. When he got a closer look, he couldn’t believe his eyes. In the middle of the pale pink cloth was a tiny baby girl!

As soon as the dogs saw Ulhas they started wagging their tails and sat down near the baby as if they knew he was there to rescue the little girl.

Ulhas quickly raised the alarm and his neighbor, Parveen Sen, ran to the baby and gave her some milk.

“She stopped crying after having that,” Ulhas said.

As they carried the baby back to Ulhas’ house, the dogs followed, seemingly to make sure that this little baby was indeed cared for.

Ulhas called the police to report his incredible find and they, in turn, informed the 24-hour Child Helpline about the incident. The police took custody of the baby and took her to the Deben Mahato Sadar Hospital where doctors determined the little girl was between seven and 10 days old. She was admitted to the newborn special care unit and is thankfully doing quite well.

“Though she has signs of jaundice, there is nothing to fear,” said Dr. Shibshankar Mahato.

Ulhas named the baby Sania because she was rescued on a Saturday (Shanivaar in Hindi). Once she is released from the hospital, Sania will be taken to a state-run adoption center in Bhat Bandh.

In India, stray dogs must fight and struggle to survive, yet they put their own needs aside and protected this helpless baby girl, watching over her until more help could arrive. These dogs are true heroes.

“Had it not been for the dogs, we would probably have lost the baby,” Ulhas said. “We are all grateful to them.”

Were you amazed to see how these dogs watched over this abandoned newborn until help could arrive? So share this!