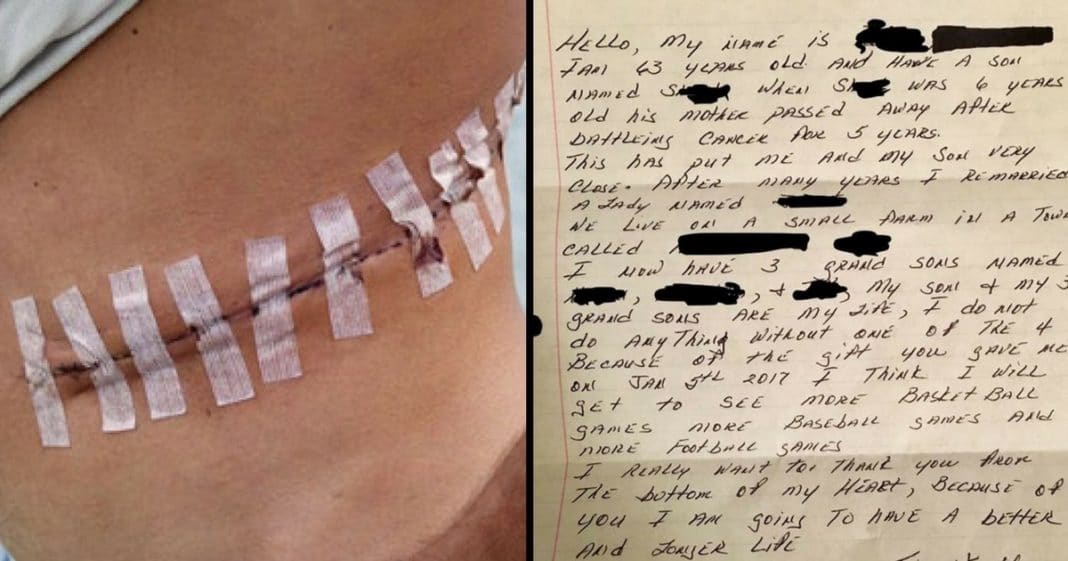 For most people, donating an organ to a family member would be a big decision, but one anonymous hero decided he would take things a step further and make the sacrifice for a total stranger.

The 32-year-old man from Tulsa, Oklahoma, who goes by TheBartian, said he has wanted to donate one of his kidneys for a long time. He always felt that, since he had two healthy kidneys and others were dying because they needed one, it was his duty to donate.

He worked hard to get healthy and in shape so he could donate. The first couple of times he thought he had found his recipient, things came up that prevented him from donating.

At one point he was getting ready to donate when doctors found a sore on the recipient’s foot. They would have to wait for it to heal before doing the surgery. They asked TheBartian if he would rather wait to donate or give his kidney to the next person on the list. He decided on the latter, knowing that would help more people get their needed kidneys faster.

TheBartian did all of this without ever expecting anything in return, but about three months after the surgery, he got a letter in the mail that left him stunned:

I donated my kidney to a stranger in January. He sent me a letter in April. Redacted for his privacy.

Hello, my name is [redacted]. I am 63 years old and I have a son named S. When S. was 6 years old his mother passed away after battling cancer for 5 years. This has put me and my son very close. After many years I remarried a lady named [redacted]. We live on a small farm in a town called [redacted].

I now have 3 grandsons named [redacted], [redacted],and [redacted]. My son and my 3 grand sons are my life, I do not do anything without one of the 4. Because of the gift you gave me on Jan 5th 2017 I think I will get to see more basketball games, more baseball games, and more football games.

I really want to thank you from the bottom of my heart, because of you I am going to have a better and longer life.

While his donation may not have seemed like a big deal to TheBartian, to the man who received the kidney it was life-changing.

What an incredible, selfless act! Because of his sacrifice, another person had the chance to live!

Were you touched by what TheBartian did for this man? So share this!