Man Concocts ‘Brilliant’ Plan To Keep Cat From Waking Him. Cat’s Comeback Has Internet In Stitches 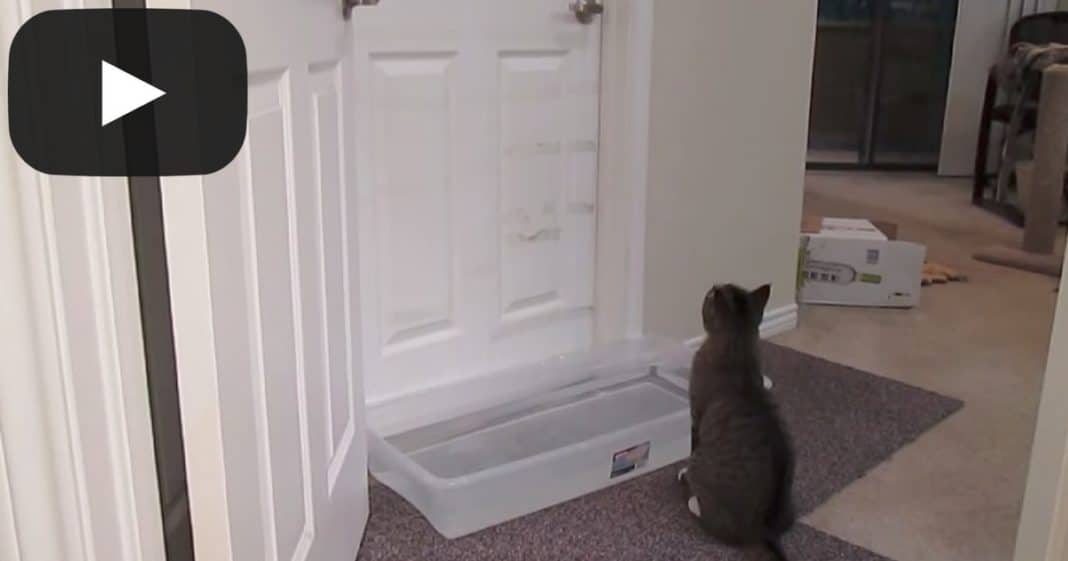 We all know cats can be pretty mischievous and sneaky, and they are good at getting themselves out of tough jams. They didn’t get that reputation for having nine lives from nowhere!

And as one cat owner hilariously discovered, often times our cats are so sneaky that they can outsmart their humans!

Kristian Svenson was getting tired of his cat, Mulder, pouncing on him first thing every morning. Mulder had figured out how to open Svenson’s bedroom door, and Svenson was running out of ideas to keep him out.

Hoping to be able to keep a little more shut eye in the mornings, Svenson came up with what he thought was a brilliant plan to deter the cat. He placed a large tub of water in front of his bedroom door so when Mulder tried to jump up on the handle he would fall into the water.

Scientifically, it seemed like a great plan. Cats are very smart animals and memories and knowledge are stored in their brains forever. Because of their excellent memories, any knowledge or skills attained – even if by accident – will be retained for the rest of their lives.

According to Animal Planet, “even hunting techniques buried under years of neglect in the well-fed house cat’s brain will be recalled with ease should the feline, for some reason, ever have to fend for itself. Easily frightened, a cat will retain very strong memories of any incident that it considers threatening.”

Svenson figured that once Mulder fell into the water bucket once, he would learn not to try to open the door again. But he had forgotten to take Mulder’s smarts and agility into account, and his little plan didn’t go quite as well as he expected…

With hardly any effort at all, Mulder figured out how to jump over the water tub as he worked the door open. Then he nonchalantly strolled right into the room.

Looks like Svenson will have to come up with another way to outsmart this mischievous cat!

Did you find Mulder’s antics as hilarious as we did? So share this!