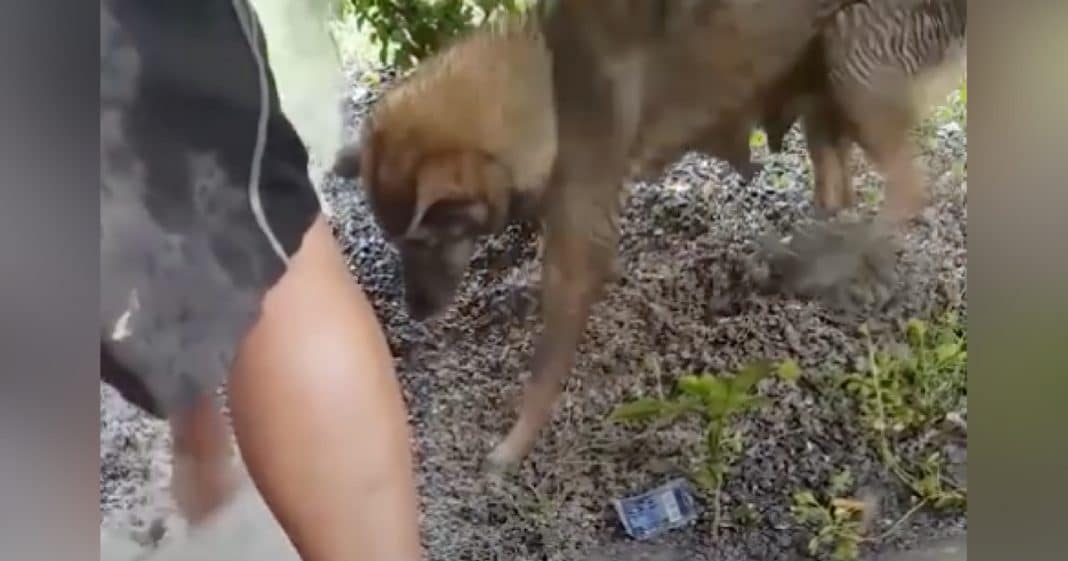 The lengths a mother will go to save her children is incredible, and that is no less true in the animal kingdom than in the human one. When her baby’s life is in danger, she will put her own at risk to save them.

As hurricanes brought flooding to several areas of the United States and the islands below, Vietnam was also experiencing flash floods. That’s when one mama dog realized her babies were in danger.

The puppies had been curled up in a hole in the ground, but as the water swept into the area, it filled the hole. As the puppies cried for help, the mother dog realized they would die if she didn’t do something fast.

As a human helper tried to get the water away from the mouth of the hole with a bucket, the frantic dog started digging. Then, realizing she wouldn’t be able to get to her babies in time, she did the only thing she could do – she went into the hole.

Putting her own life at risk several times, the mama dog kept going back into the hole until all of the puppies were out.

One of them wasn’t breathing when she brought him out, but with some CPR help from their human friend, he was soon breathing again and went to nurse with his siblings.

The harrowing rescue is intense to watch, but also shows the tenderness and love that this dog has for her puppies. A mother’s love truly knows no bounds!

Were you amazed to see what this mama dog did to save her puppies? So share this!