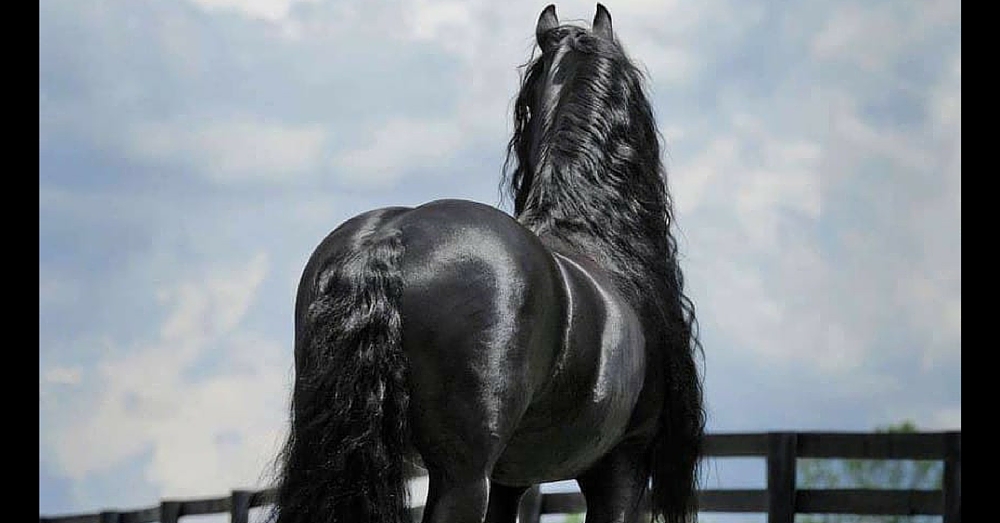 Horses are majestic creatures – their beautiful, shiny coats, flowing manes, and powerful bodies make them breathtaking to watch. But there is one horse who just might be “the fairest of them all.”

Frederik the Great, a Friesian stallion, has been called the world’s most handsome horse. He lives at Pinnacle Friesians in the Ozarks with a team of other purebred stallions

Friesians, which originated in Friesland in the Netherlands, are known for their large size, shiny black coats, and long, silky, often wavy manes and tails.

When you see Frederik, you’d half expect a knight in shining armor to be riding on his back – the majestic horse looks like he just stepped out of a fairytale.

Unfortunately, Frederick’s breed has reached the brink of extinction three separate times. His breeder, Stacy Nazario, has taken it upon herself to keep the breed alive and well, and Frederik is proof that she is doing just that.

Were you in awe when you saw this stallion’s grace and beauty? So share this!