Lion Has Been Living In Pickup Truck For 20 Yrs. Watch What Happens When He’s Finally Free 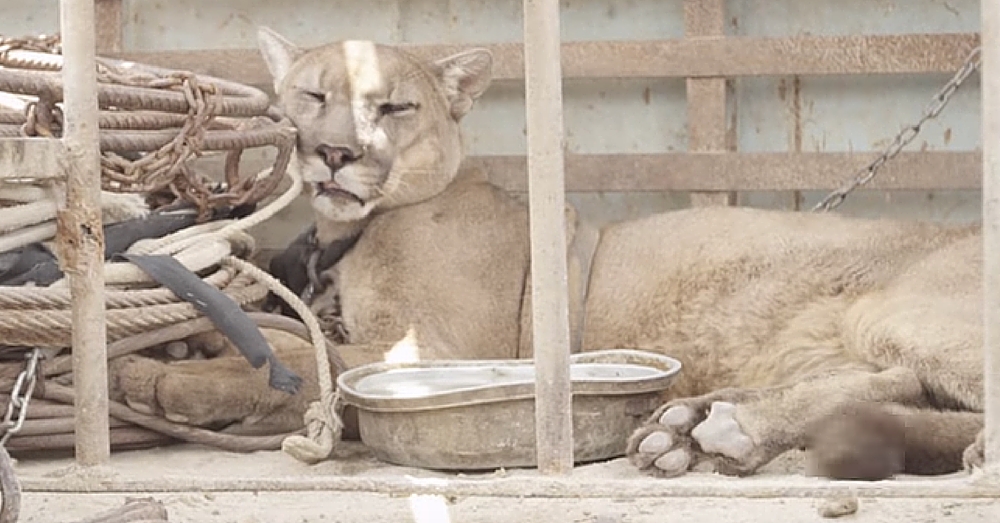 Mountain lion Mufasa had been kept chained in the back of an old pickup truck for over 20 years by the circus who owned him. Though rescuers don’t know his whole story, it is believed that the mountain lion was born in the wild somewhere in South America but was taken from his mother at a young age and sold to a traveling Peruvian circus. Previously able to roam the forests uninhibited, young Mufasa was forced to spend his days either performing or in heavy chains.

Peru has recently put a ban on the type of circuses Mufasa was a part of, but it can be difficult to enforce the law. Thankfully, Animal Defenders International received a tip from local officials about Mufasa and went to rescue him.

After a long standoff, they were finally able to rescue the lion. They removed his chains and then took him by truck and boat to the middle of the Peruvian forest. While Mufasa would not be able to survive in the wild after living in captivity for so long, he is now free of his chains and able to roam around in a large enclosure full of plants and trees.

The moment he enters his new home and realizes he is finally free is sure to warm your heart. Click on the video below to see it for yourself!

Were you happy to see Mufasa finally free and enjoying his new home? So share this!