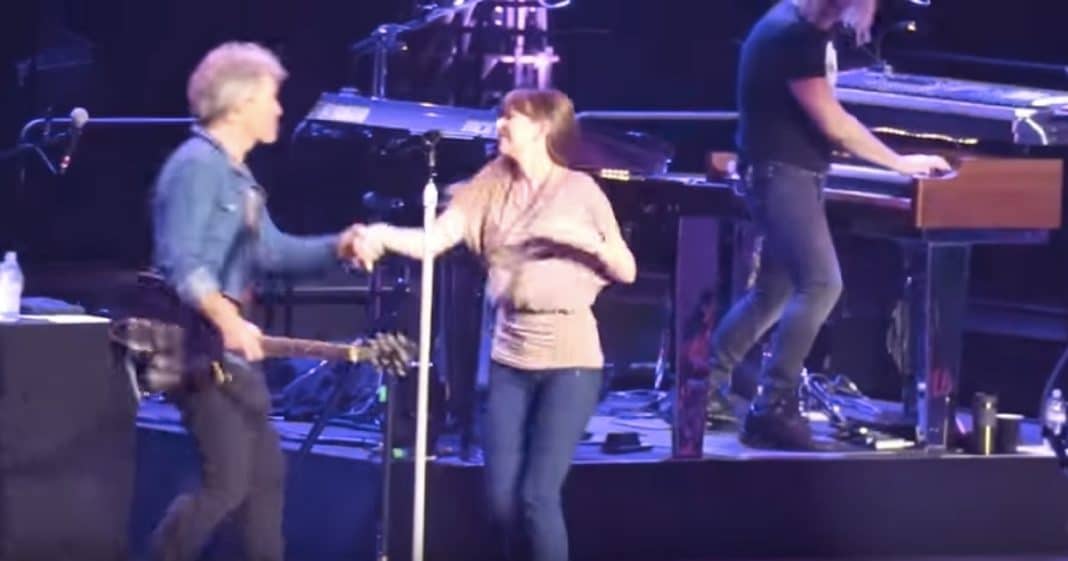 If you’ve seen Jon Bon Jovi perform in recent years, you might have heard him play “I’ve Got the Girl” while home videos of his young daughter Stephanie Rose played in the background.

But he didn’t need home videos Saturday night. During his Las Vegas concert, Stephanie, now 23, joined her dad on stage for the song and danced right along to it!

It has special resonance because Jon wrote the tune for Stephanie when she was around 7 years old.

“Everybody’s got a little girl in their life,” the musician, who turned 55 on Thursday, told the audience midway through performing the song. “Their daughter, their girlfriend, their wife, their mamma — it all goes by so fast. And they start out as little bitty babies and their future’s looking bright. And I wrote this song for that little baby, who’s now not such a little baby anymore.”

And then he invited Stephanie onstage, where the fun really got started!

Very sweet moment in Las Vegas when Jon @bonjovi brought his adult daughter Stephanie out during “I Got the Girl,” a song her wrote about her. She originally danced with him on stage during this song when she was around seven years old. Official prints of this other photos are available exclusively at bonjovi.com/prints #THINFStour

After the song ended they shared a hug and he kissed her on both cheeks.

Read more about this sweet father and daughter on TODAY.