Janitor Hears Strange Noise Coming From Trash. That’s When He Looks Inside 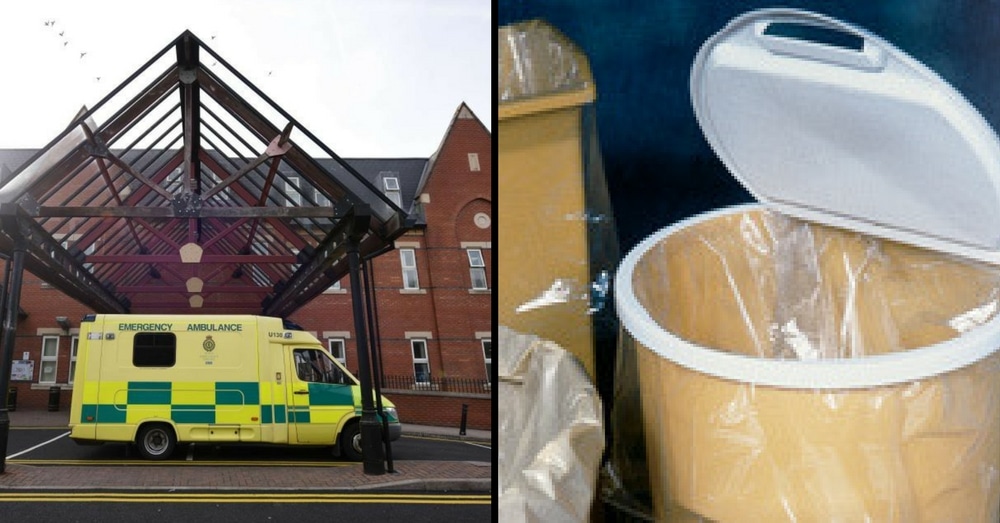 A hospital janitor was emptying trash bins at the Royal Albert Edward Infirmary when he noticed that one of the bins in the toilet area was “unusually heavy.” As he bent to have a closer look he heard a muffled squeaking noise, and when he looked inside he couldn’t believe his eyes.

Inside the bin was a newborn baby, still in the fetal position and with his umbilical cord attached, with tissues stuffed inside his mouth.

The horrified cleaner immediately notified hospital staff who gave the baby oxygen. Thankfully the baby made a full recovery.

After an investigation police discovered that the baby’s mother was Orsolya-Anamaria Balogh. She was admitted to the hospital after complaining about abdominal pain, but left before a nurse could see her.

When she was confronted she denied having given birth, but an examination by a midwife confirmed she had. She then said she had been unaware that she was pregnant, but police found internet searches on her computer related to pregnancy and home birth.

Eventually Balogh admitted she had given birth on the toilet at the hospital but said she thought the baby was dead and that is why she had thrown him in the trash bin.

Balogh was taken into custody and is awaiting her sentencing, which will take place on January 16.

We are thankful her son has made a miraculous recovery and will be placed in the care of someone who will love and protect him.

Do you want to see Balogh get justice for what she did? So share this!