Instead Of Complaining When His 93-Year-Old Mom Moved In, He Got His Camera 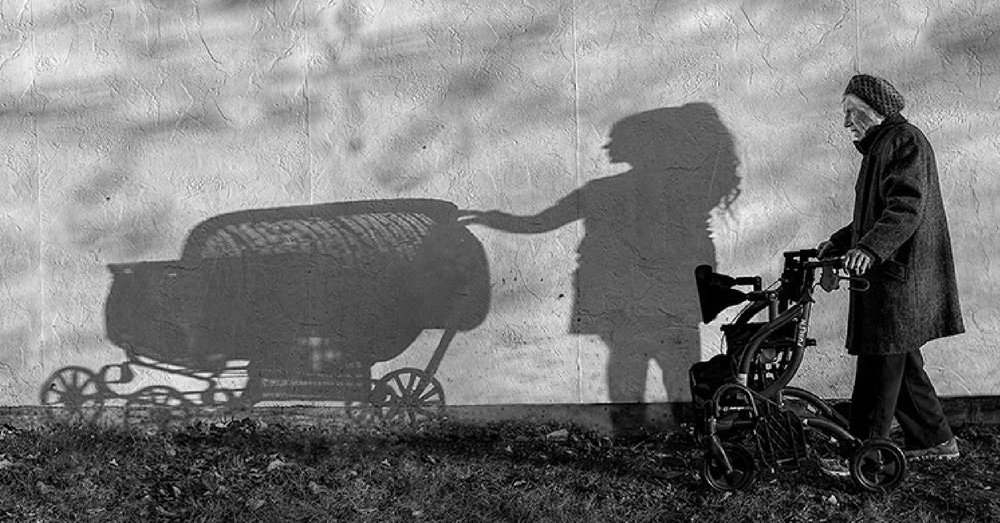 Two years ago, Tony Luciani’s mother Elia broke her hip. Soon thereafter, she was diagnosed with dementia — and found herself unable to live on her own. 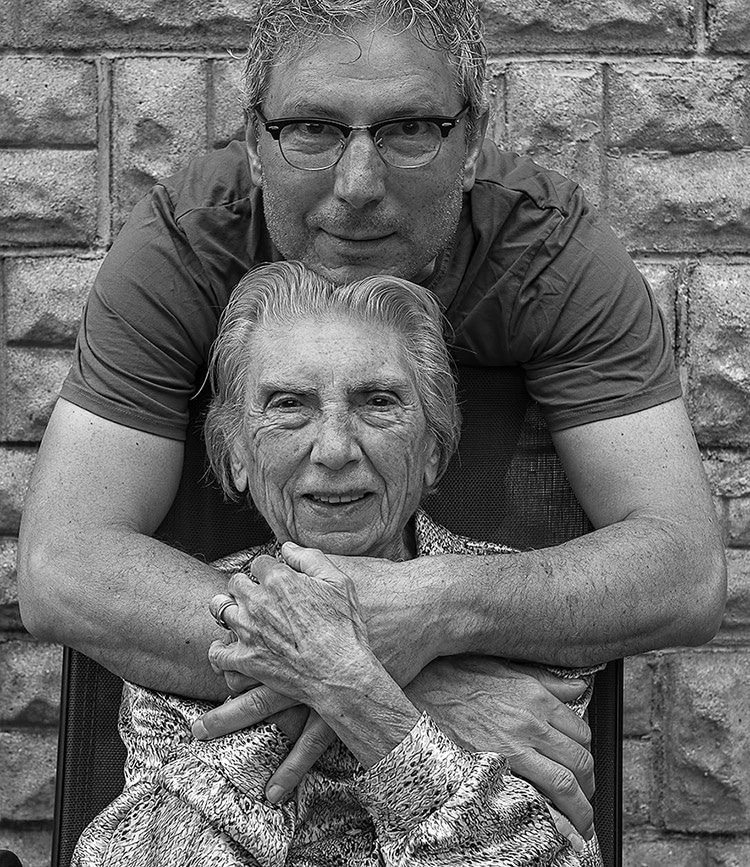 “I brought her [into my home], and around that time, I had purchased a new camera,” Tony said.

The camera would need to be tested, and Elia’s presence in the house gave Tony — a visual artist who had planned to use the camera to photograph his paintings — something he had never before sought: a human subject.

What started as an attempt to learn the camera’s buttons and dials turned into a massive project, spanning 21 months and 93 photos — many inspired by Elia’s fading memories.

Those stories became the basis for some of his photographs — playful, often haunting portraits that fuse Elia’s past and current realities.

“I just thought it was a great way for me and her to connect while she was with me; otherwise, she’d just be sitting there and reading a magazine,” he said. 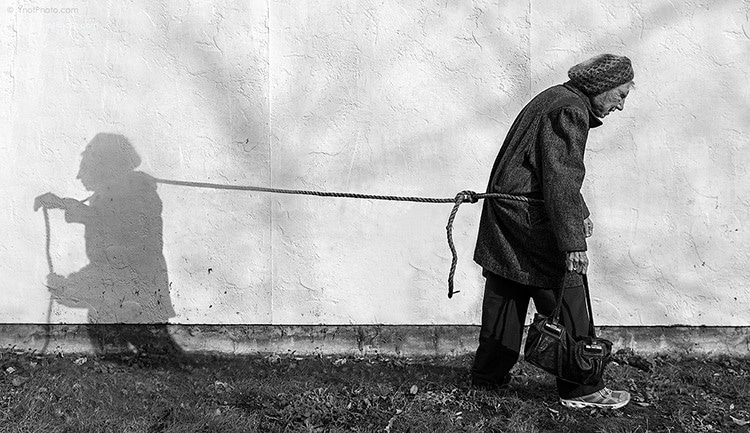 Elia walks, tethered to a shadow.

“She was my caregiver as a kid, and now those roles have changed,” Tony said.

At first, including his mother in the photography project was an attempt to help her feel productive, since Elia is no longer able to help with household tasks.

It quickly became clear that Elia was not only an evocative subject, but an eager and able collaborator.

See more images from Elia and Tony’s special collaboration and hear more of their story at Upworthy.