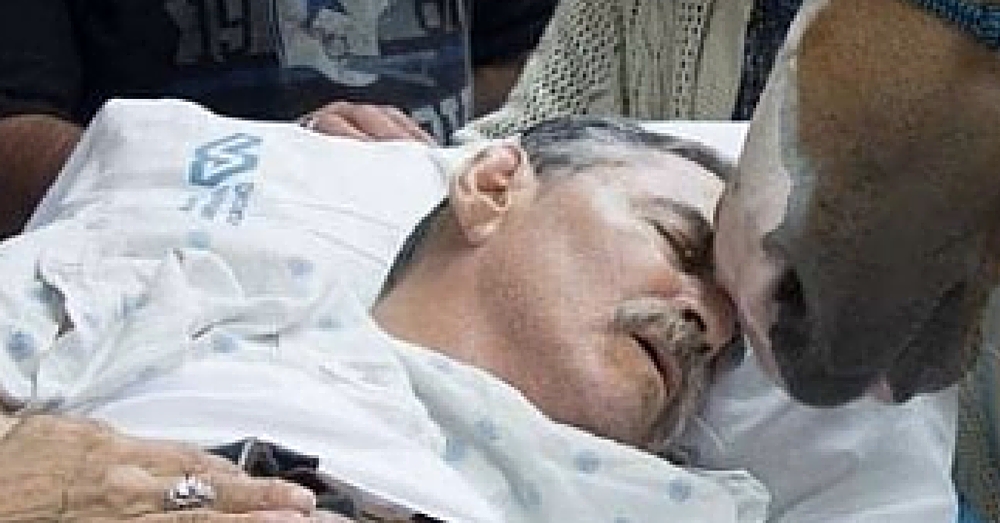 Vietnam veteran Roberto Gonzalez has spent most of his life around horses. Despite being shot and paralyzed during the war, he became one of the only licensed handicapped horse trainers in Texas, and he and his wife, Rosario Gonzalez, have raised and trained horses together for over 30 years. “Horses are his life,” Rosario said.

Sadly, on a recent visit to the VA hospital for a back wound, Roberto learned that his liver and kidneys are failing and he won’t make it back home. As a dying wish, the wounded veteran asked if he could see his horses one last time.

The hospital staff worked with his family to make his dream happen, and on Saturday Roberto was wheeled through the front doors of Audie Murphy Veterans Hospital in San Antonio where he was reunited with his beloved horses, Ringo and Sugar.

The poignant reunion came 46 years to the day after Roberto was wounded in Vietnam.

“A heartfelt Thank you, to all at Audie L. Murphy V A Hospital,” Rosario posted. “A special thank you to the spinal cord staff, all of you became a part of our family. The care you have been giving my husband and to me goes above and beyond. You are our angels God Bless you all.”

Were you moved by the special bond between this veteran and his horses? So share this!