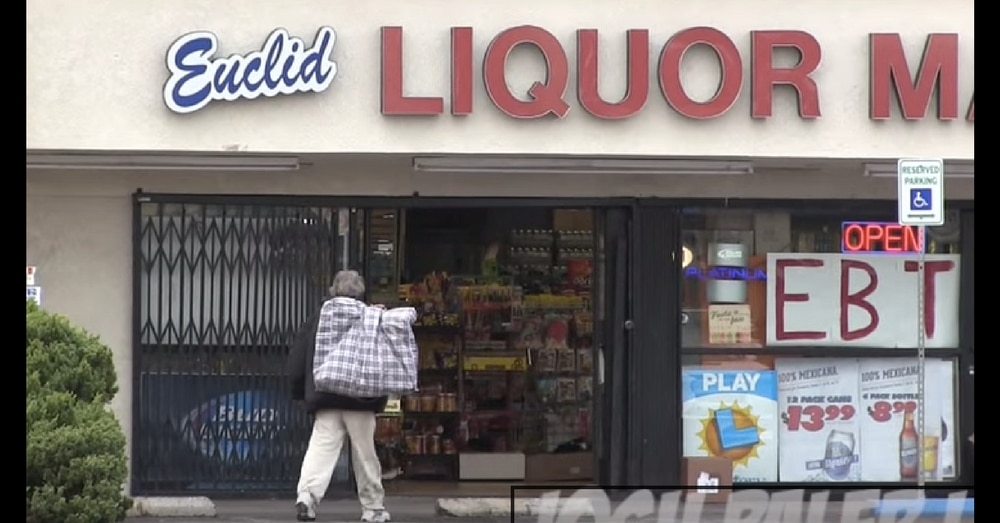 I’ll admit it – I’m always a little wary about giving homeless people money. In the back of my mind I’m always wondering if they are really going to use the money for things they need or if they will just spend it on alcohol or drugs. After watching this video, though, I have found my faith in humanity restored, at least a little bit.

YouTube star Josh Lin decided to do an experiment – he would give a homeless person $100 and then secretly watch them to see what they would do with the money.

He found a man on the side of the road and decided he would be the person he gave the money to. At first the man was in disbelief and even started to tear up when he saw how much money Josh was giving him. Then he asked if he could give Josh a hug and thanked him.

Josh told him that he hoped he would find a good use for the money, and the man promised he would, but when Josh watched the man head straight to a nearby liquor store his heart dropped.

He told his camera man to keep filming to see what the man would buy in the store. He didn’t have high hopes, but what he saw the man do next left him absolutely floored.

Click below to see what the homeless man did that restored Josh’s – and my – faith in humanity:

Josh couldn’t believe his eyes when he saw the man use the money to buy food for other homeless people in the area.

“I wasn’t expecting this kind of footage,” he admitted. “To be honest, I thought this video would be exposing homeless people. But I’m so glad that I could witness such a beautiful moment.”

Were you stunned to see how this homeless man used the money? So share this!