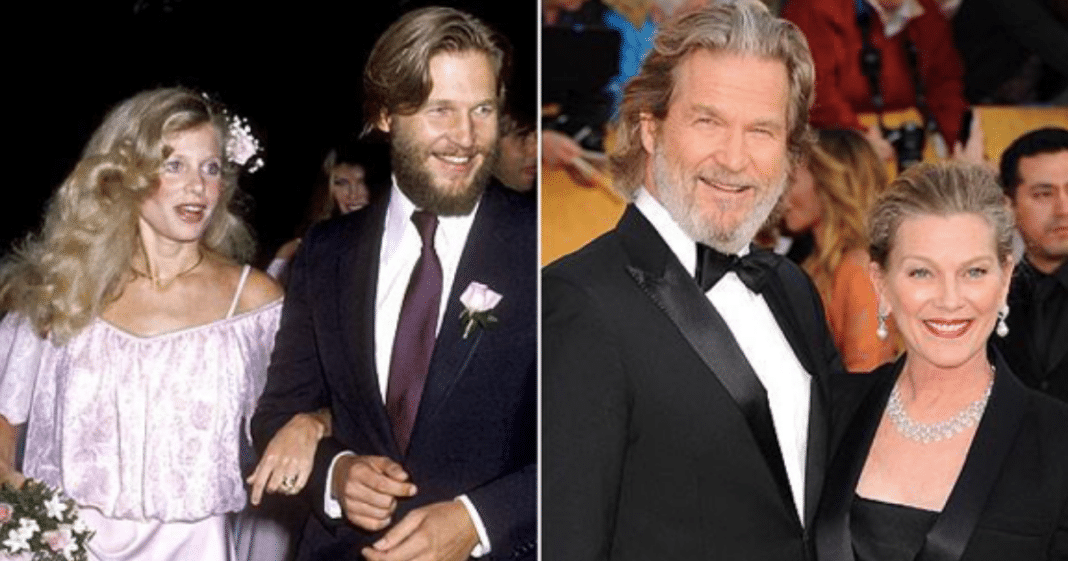 Love is a verb as well as a noun. Love is hard. Love is work. Sure, the first bloom of love is easy. It’s easy enough to find someone to fall in love with and have a happy, easy relationship for a period of time. But what’s hard is hanging in for the long haul. Loving the same person through decades of being human, decades of the human baggage that we all collect throughout our lives.

Particularly in Hollywood, where “love of my life du jour” is such a common occurrence, it’s rare to see someone go the long haul. But when we do see it, we want to spotlight it and point it out. If THEY did it under the unique pressures that challenge them, anyone can.

Some interviews with legendary actor Jeff Bridges have surfaced, and in the interviews, Bridges talks about his enduring marriage to his wife of 41 years, Susan Geston.

He was describing that moment when she nearly walked out of his life before they married and his realization that he would be making the biggest mistake of his life by not marrying her.

When he realized he was about to lose her, he got down on his knees and proposed. A skeptical Geston said “Okay, when?” Bridges’ response?

They have a rather traditional relationship, in which one person does most of the money earning, while the other makes life happen in the family.

“I’m the guy who makes the buck,” he wrote in 2006. “But she’s the one who takes care of everything else. I really am more in love with her than ever.”

He told Jimmy Kimmel in 2017 that he was afraid of marriage at first but that it as “love at first site.”

“I knew she was the one. That scared the hell out of me.”

He panicked and that’s when he came to a realization.

“I had this image in my mind of a handful of sand and there was one diamond in there and that’s Sue.”

He described the trials of marriage to the Associated Press, explaining how to get past the problems faced by all married couples.

“This is a bump,” he said. “Now let’s see if our love can grow to embrace this bump… the bump can serve to create more intimacy between us.”

And here we have his final word on this subject and it makes so much sense we have to wonder why it’s so hard for many of us to understand it. Via The Daily Beast:

“If you change partners every time it gets tough or you get a little dissatisfied, then you don’t get the richness that’s available in a long-term relationship.”

There it is. That is all.