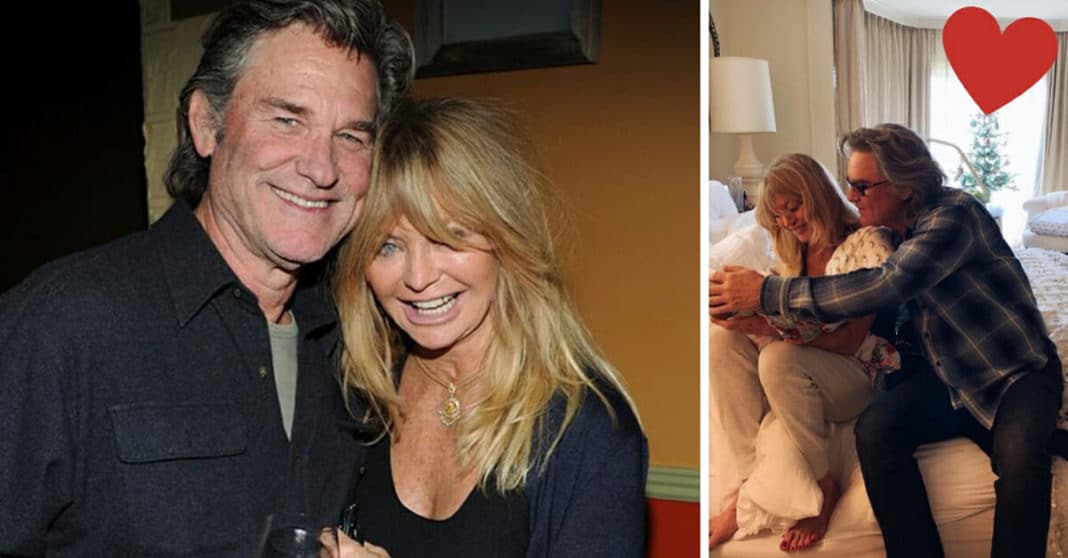 If you (or your parents) grew up in the era in which actors Kurt Russell, 67, and Goldie Hawn, 73, were mega-stars, it’s nearly impossible to imagine that this super sexy pair are now being called Grandma and Grandpa by some kiddos. They’re actually called Gogo and Gogi by their grandchildren, and they are indeed grandparents. 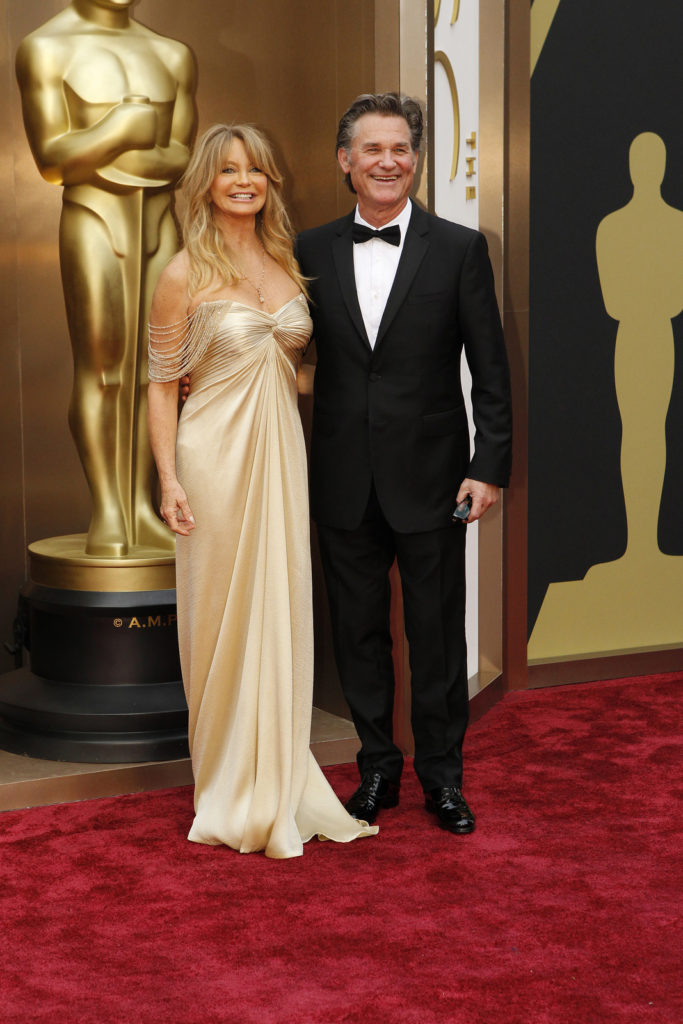 She captioned the photo with this: 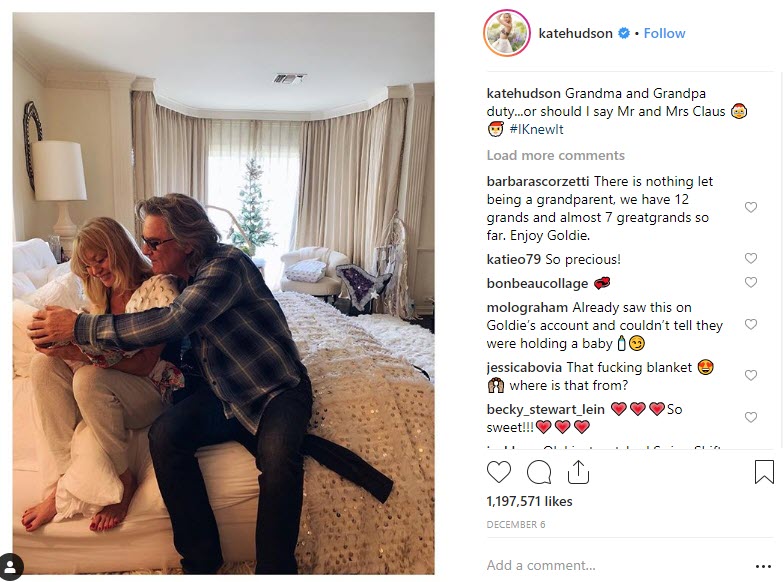 Hudson recently gave birth to the baby girl, who she named Rani Rose. The baby’s father is musician Danny Rujikawa. Kate has two other children with different men, Ryder, 14, and Brigham, 7.

Here is a photo of the adorable little Rani, who obviously is going to have Kate and Goldie’s amazing genes. 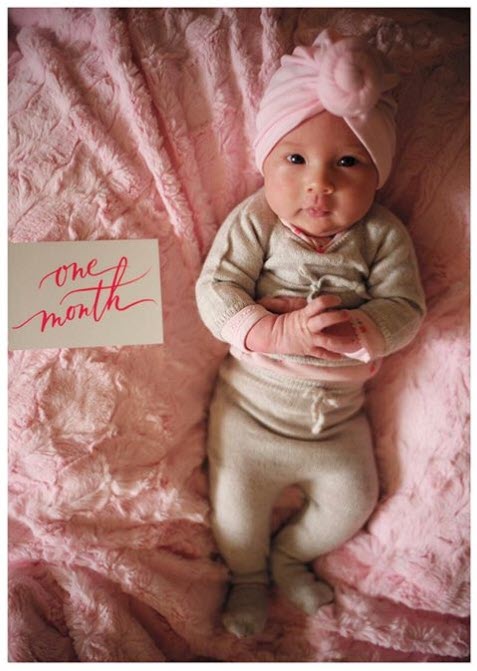 Rani is named after her paternal grandfather, Ron Fujikawa, who passed away.

As you can see, the golden couple, one of the few couples in Hollywood to go the long haul, were quick to jump right into grandparent mode.

Kurt and Goldie already had five grandchildren, so Rani Rose is just the most recent addition to this adorable family. They’ve been together for a whopping 34 years. They chose not to become formally married, a decision that seems to have worked for them, obviously. They have one child together and three from previous marriages.

Kurt Russell positively gushed about Rani Rose when he visited the Today show in November.

Hudson made the Mr. and Mrs. Claus joke because Kurt and Goldie recently starred in the Netflix movie, The Christmas Chronicles.