High Schooler Takes Mom As Date To Prom. When I Saw Why I Was In Tears 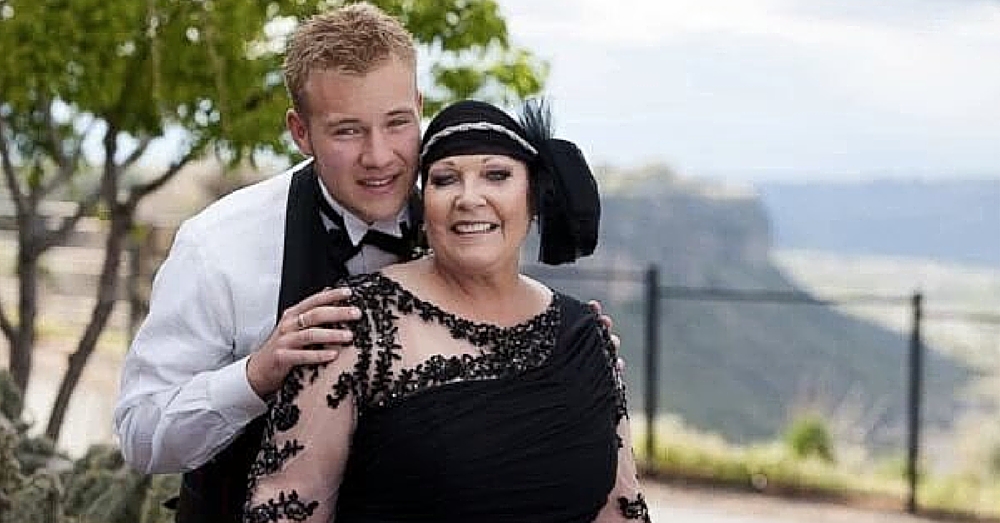 When Idaho teen Dylan Huffaker was getting ready to go to prom, he knew exactly who he wanted to take as his date – his mother.

Dylan’s mom, Kerry Huffaker, was diagnosed with stage 4 brain cancer in February and was only given nine to 20 months to live. Dylan knew that taking her as his date to prom would bless her and give him memories to last a lifetime.

“I thought about it and I can look back after years and years and remember who I went to prom with,” Dylan said. “I’ll know it was someone I loved who meant something to me.”

The teen showed up at the center where his mom was receiving radiation treatment with a box of donuts in hand. Written on the donuts in icing were the words, “Will you go to prom with me?”

“I was taken by surprise, that’s for sure,” Kerry said. Her first reaction was to tell Dylan, “You don’t want to go to prom with your old, bald mom. You’ll be embarrassed;” but Dylan assured her, “No I won’t. I’ll have the prettiest date there.”

When the big night finally arrived, Dylan escorted his proud mom to the prom. “That was the most beautiful I think I’ve ever seen her,” he said.

The best part of the night, Dylan said, was when the DJ cleared the floor so he and his mom could share a special dance. The two swayed together to Garth Brook’s “The Dance.”

“I try not to focus too much on the future,” Kerry said. “I try to live today as best as I can, but [thought], ‘Who’s going to dance with my son when the mom is supposed to dance with the groom at his wedding day?'”

Even if they don’t get the chance to dance at Dylan’s wedding, the two were able to make those special memories together at the prom, and those will stay with Dylan for the rest of his life.

“I put her through 17 years of hard times,” Dylan said, “so it’s worth it to take her to prom. I love that my mom is as caring as she is. No matter what you’re going through, she’s willing to help — no matter what hard times she’s facing.”