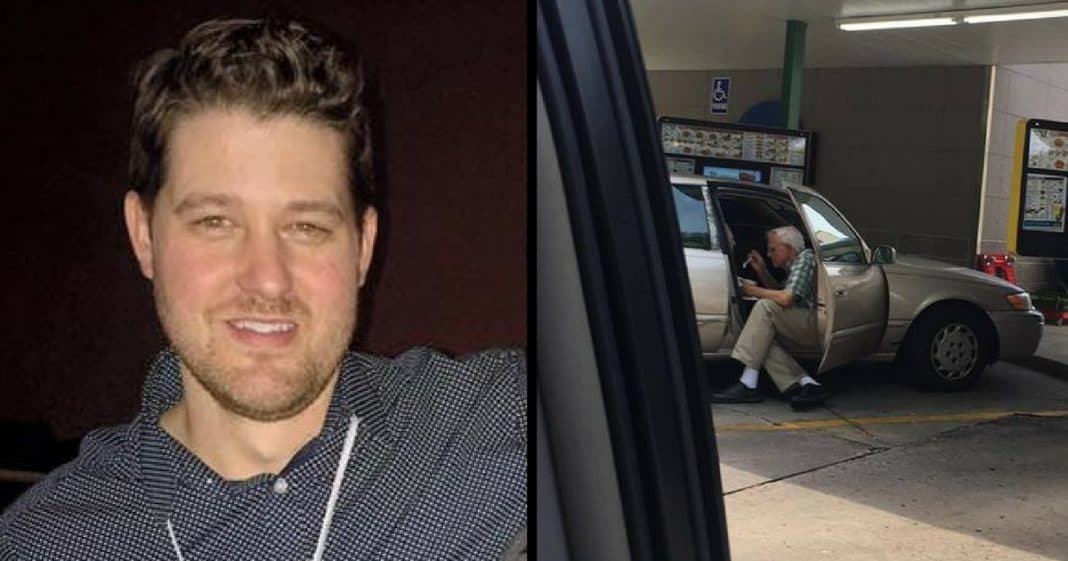 If you have ever been to a wedding, you are probably familiar with the passage from 1 Corinthians 13 in the Bible that talks about what love is:

“Love is patient, love is kind. It does not envy, it does not boast, it is not proud. It does not dishonor others, it is not self-seeking, it is not easily angered, it keeps no record of wrongs. Love does not delight in evil but rejoices with the truth. It always protects, always trusts, always hopes, always perseveres. Love never fails.”

It’s a beautiful sentiment, but it’s not always easy to follow. True love takes a lot of work.

That’s why we love it when we hear stories like this one of people who are living out true love and showing the rest of us what it looks like!

Brent Kelley, a 34-year-old pastor from Tennessee, had stopped at Sonic with three of his kids when he noticed something that made him stop. An elderly man was crouching next to the passenger side of his car, spoon feeding his wife ice cream.

The couple looked to be in their 80s and it was a hot day – 98 degrees. Despite his age and the heat, though, this man was kneeling over the pavement tenderly helping his wife enjoy a cool, sweet treat.

Brent was so touched by the man’s selfless love that he took a quick picture and posted it on his Facebook page, calling the act “a beautiful display of love.”

“It was the perfect representation of what love is,” he said. “It was unselfish. It was 98 degrees and he’s sitting next to the pavement, which is also warm, and he’s feeding his wife ice cream because she’s disabled.”

The photo quickly went viral, receiving hundreds of thousands of likes and shares. Thousands of people also commented on the sweet photo, saying how touched they were by the man’s actions.

“That is love for real,” wrote commenter Gloria Jean James, echoing what many others felt.

Brent has been touched by all the attention the photo has received and said the couple’s son has even reached out to him to share their feelings about the photo.

“They said they felt really blessed by what everyone was saying,” Brent said. “I know it captivated my heart.”

Were you as touched by this man’s sweet display of love as we were? So share this!