He’s Confused By Mail Truck Stopped On Road, But Then He Sees Mailman Standing At Attention… 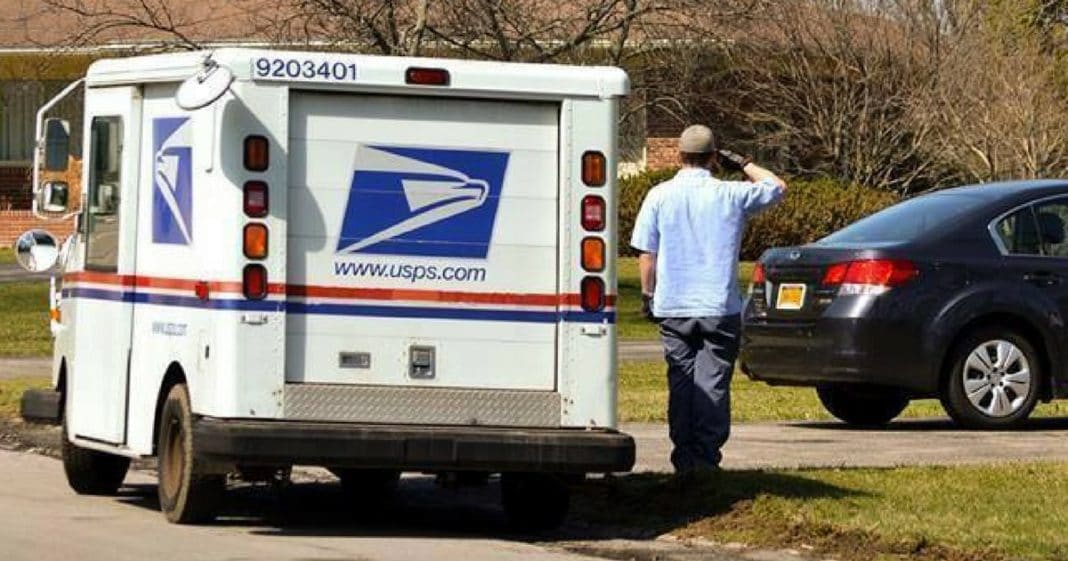 Patriotism is something that we are seeing less and less of these days. While it was once common practice for people to place their hands over their hearts whenever the “National Anthem” was played and not at all surprising to see American flags lining the streets of a neighborhood, respect for the country and our flag is in decline.

That’s why we love to see and recognize people who still have pride and patriotism pumping through their veins and won’t hesitate to show respect.

Umer Sheik shared a story of a USPS postal man who embodies the American spirit, and his quiet and unassuming display of patriotism has been going viral.

“This afternoon I was coming up my street and I noticed a stopped USPS truck across from my house,” he wrote. “It wasn’t until I was at my driveway that I realized the USPS driver was not in the truck, but rather standing at attention next to it, saluting the flag my neighbor was raising.”

Even though he was in the middle of his rounds, when he saw a man raising the flag he stopped what he was doing to show his respect.

Umer said he waited until the flag was fully raised to go and talk to the man and thank him for what he had done.

It turns out the mail carrier was retired U.S. Army sergeant Robert Franklin. Even though he is no longer fighting for our country, Umer pointed out that he is “still serving his country, rain sleet or snow.”

“He is the manifestation of true patriotism,” he wrote, “and I am proud to have met him.”

Do you wish people showed more patriotism and respect for our flag? So share this!