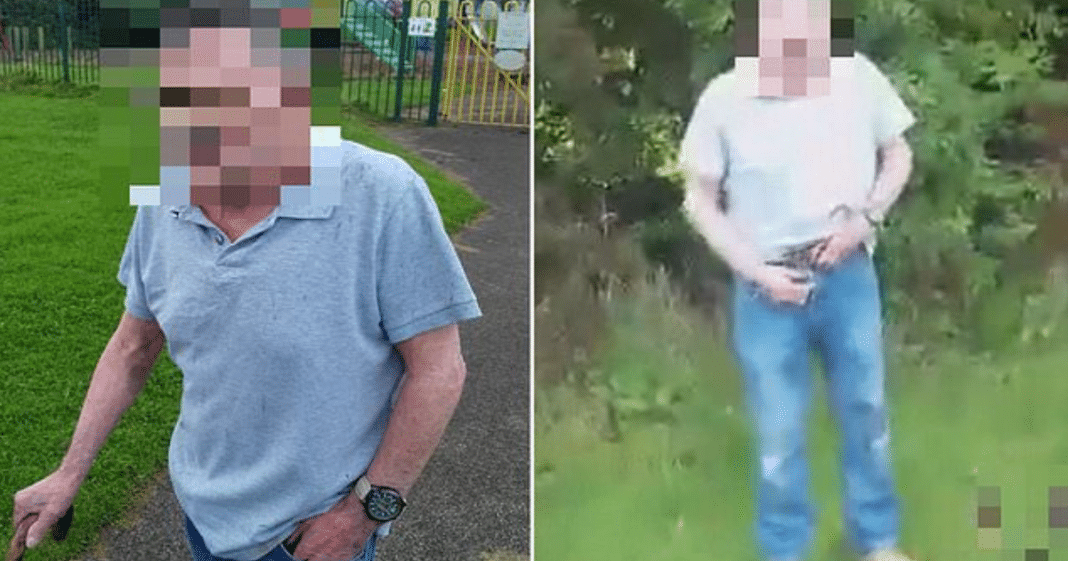 According to The Daily Mail, Some brave strangers recently showed their courage when they came upon a young girl being assaulted by a 71-year-old man in a park.

U.K. man John Potts, now 72, pulled a 12-year-old girl off of her bicycle while she was riding innocently in a park on her way to a friend or relative’s house. He then dragged her into the bushes and sexually assaulted her after pulling down his own pants and those of the young girl.

A man at the scene, after hearing a scuffle in the bushes, began filming Potts as he emerged from the area where he had dragged the girl. You can watch the video at The Daily Mail.

Here is a photo of Potts fastening his belt.

The man filming Potts incorrectly thought the girl was only 14 as he shouted at Potts.

“There’s a 14-year-old girl running away! You’re going to need more than a walking stick when the police catch up with you.”

The girl told this to police:

“He forced me to go with him. He was dragging my bike. I tried to stop him but he went on with it.”

Potts just sort of strolled around after getting caught, as if nothing had happened. 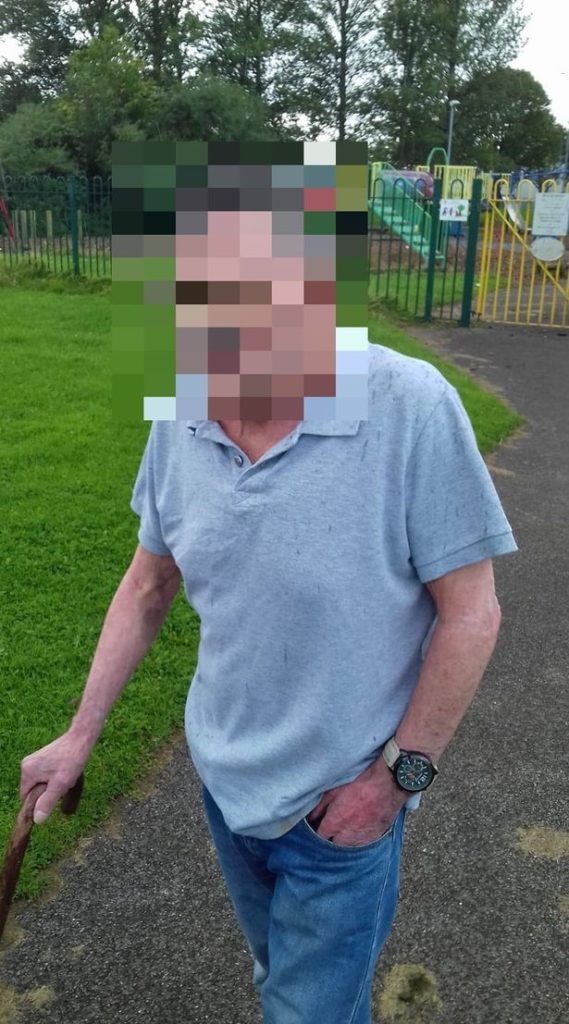 The young girl later told police just how disgusting the act was.

Potts was seen as unfit to stand trial and has been detained under the Mental Health Act.

“As you were under a disability when you committed the acts, you have been deemed not fit to plead and I’ve now had to consider what to do with the limited options that I have before me,” said Judge Paul Watson QC.

Apparently, Potts has dementia and a brain injury. The judge believes Potts suffers from a mental disorder and said that he’ll be detained in a secure hospital.

“After hearing the live evidence of doctors and reading the information they have provided me with, I believe that you suffer from a mental disorder of such a degree that you need to be detained in a secure hospital under section 37 of the Mental Health Act.”

The judge also believes that Potts will commit the offenses again if he’s free to roam about the public.

“In regard to the nature and potential of further offending if you were to be set at large as your condition is likely irreversible, I’m also putting a section 41 restriction in place in order to protect the public. You will now be taken back to hospital and detained unless or until the Home Office see it fit that you be released.”

We’re so thankful for courageous bystanders who fearlessly step in to stop someone who is hurting children, or hurting anyone else.