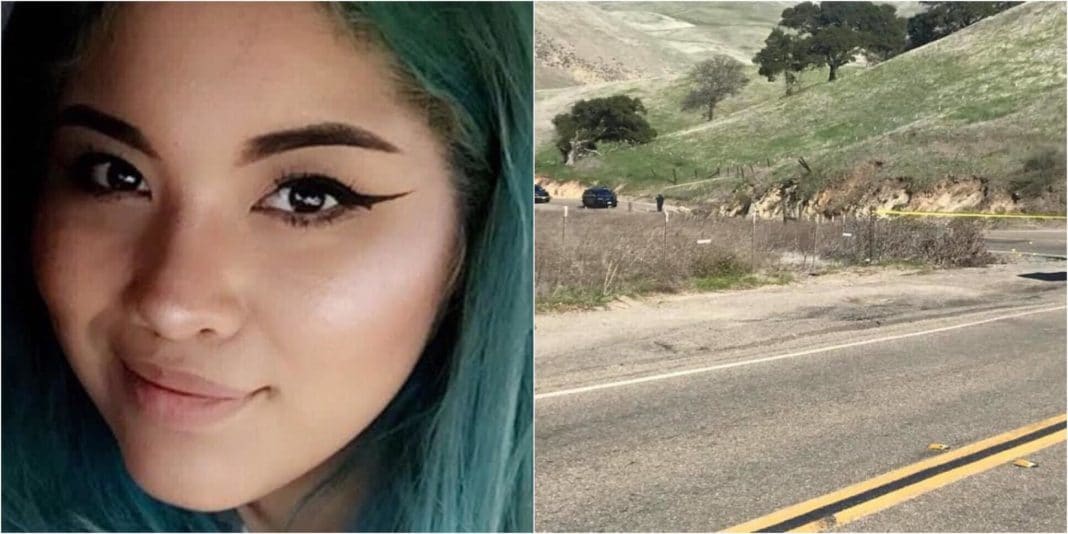 One courageous young woman from Livermore, California fought to stay alive to help authorities catch her killers. Lizette Andrea Cuesta was brutally stabbed and left on the side of a remote road to die. She suffered life-threatening stab wounds and other horrific injuries, the Alameda County Sheriff’s Office said.

Cuesta managed to drag herself to the side of a road around 2 in the morning. She was spotted by Richard Loadholt, who was carpooling to an early shift at UPS with three friends, Fox40 reported. The Good Samaritans pulled over, covered her with a blanket, talked and prayed with her until help arrived.

“She laid down for almost three minutes at one period, and we told her to get up. She knew she had to get up and I commend that,” Loadholt told Fox40, adding that Cuesta was so bloody he couldn’t make out the color of her hair.

Cuesta’s condition was so horrible; first responders deployed a Life Flight helicopter to transport her to a local hospital: “We’re not sure how long she was left there like that,” Sgt. Ray Kelly, Alameda County Sheriff’s  spokesperson, told BuzzFeed News. “She was really suffering, but she stayed with us and fought to live.”

Though she didn’t get to bid farewell to her siblings and family, Cuesta spent the final two hours of her life telling authorities who was at fault for her injuries.

“She stayed present and gave us compelling information before she died,” Kelly said, estimating that the incident surrounding her death “unfolded in a matter of 12 hours.”

Just hours later, Daniel Gross, 19, and Melissa Leonardo, 25, were arrested in Modesto,  California. The two suspects are currently being held in the Santa Rita jail for suspicion of murder: “We know the three were friends and [Cuesta] got into the car consensually that night,” Kelly said.  “The two suspects are in a relationship and live together but we are still gathering information as to why this happened.” It’s believed Cuesta was tied up at the scene. There was also more significant evidence left behind.

“She was a very strong person, a beautiful girl,” he said. “She was fighting to survive, and part of  that fight was helping us find the people who did this.”

Cuesta studied at San Jose City College. She loved to skateboard according to her aunt, Amparo Lopez: “She was a lovable person and very smart,” Lopez said. “She never judged people and was always friendly to everyone.

“My heart is broken. I just can’t believe it.”

A GoFundMe page has been set up to help pay for funeral expenses. What a brave woman Cuesta was. It’s tragic when someone dies too young. They don’t have a chance to live their lives. That’s the saddest part with all of these stories.