Hero Astronaut Sets New Space Record. When I Heard How Long She’s Been Up There…Wow 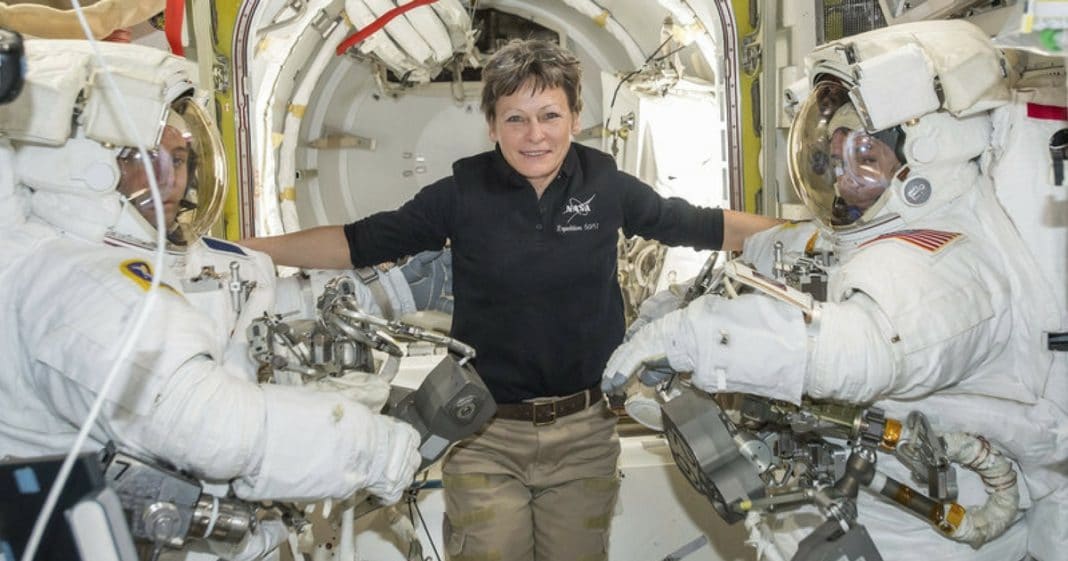 Nearly 15 years after her first space launch, NASA astronaut Peggy Whitson has now spent more time off-planet than any other American, at more than 534 days. Whitson, 57, is a biochemist who has twice commanded the International Space Station.

“It is one of those rides that you hope never ends,” Whitson tweeted last night. “I am so grateful for all those who helped me on each of my missions!”

It is one of those rides that you hope never ends. I am so grateful for all those who helped me on each of my missions! #LifeInSpace pic.twitter.com/msjKSg6WWH

Her current ride will last for at least five more months, because of an extension of Whitson’s mission that is projected to leave her with more than 650 days in space, NASA says.

Early Monday morning, Whitson officially broke the NASA record of 534 days in orbit that was set last year by Jeff Williams. To mark her accomplishment, she received a phone call from President Trump at 10 a.m. ET.

“That’s an incredible record to break,” Trump said, congratulating Whitson as he spoke from his desk in the Oval Office, where he was seated alongside his daughter Ivanka and NASA astronaut Kate Rubins.

“How does it feel to have broken such a big and important record?” the president asked.

“Well, it’s actually a huge honor to break a record like this,” Whitson said. “It’s an honor for me, basically to be representing all the folks at NASA who make space flight possible and who make me setting this record feasible.”

Read more about this record-setting hero and NASA’s plans to go to Mars on NPR.