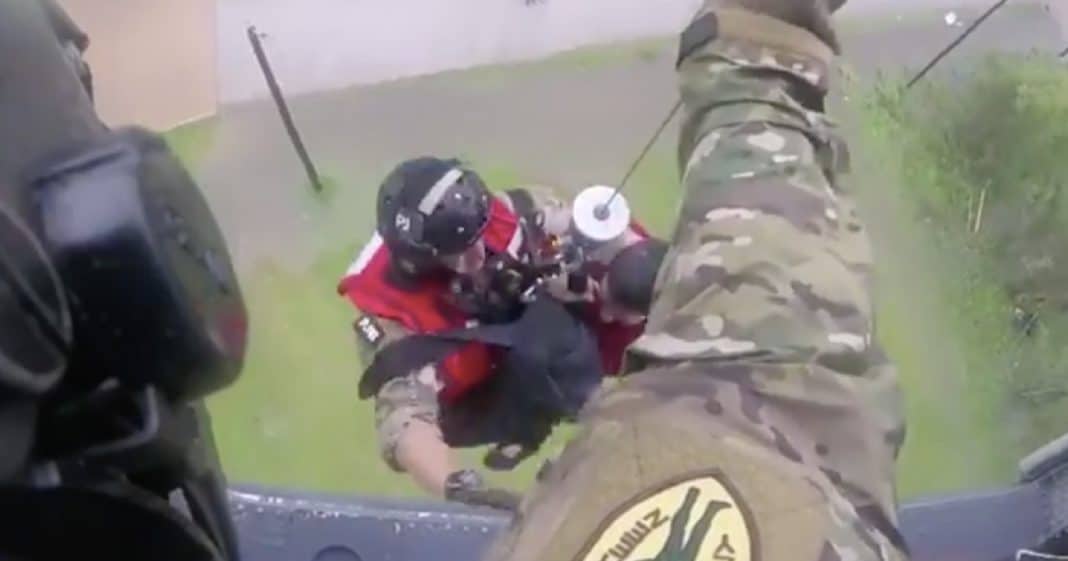 Hurricane Harvey dealt a devastating blow to the people of Texas. The storm brought unimaginable flooding to the Houston area, destroying homes and businesses, separating families, and taking lives.

When the floods first started, it was hard to see anything good ever coming from the storm. Almost immediately, though, people began pitching in to help. Some were locals helping their neighbors; others had come hundreds of miles to lend a hand.

The countless stories of heroism and selflessness have brought hope into what looked like a hopeless situation.

One group of such heroes are the members of the New York Air National Guard’s 106th Rescue Wing. Deployed to Houston by New York Governor Andrew Cuomo, the National Guard members got to work as soon as their boots touched the ground, helping countless people get to safety and saving hundreds of lives.

On August 30, the NY Air National Guard tweeted that they were “doing FANTASTIC work in Houston. They’ve rescued 334 people since Monday.”

Pictures and footage of their work have brought hope to so many, but there is one video in particular that has people all over the country and the world in awe.

The footage shows a family of nine – including a one-month-old baby – being pulled out of the floodwaters by an HH-60 Pave Hawk helicopter.

As they pulled one man in a red shirt into the helicopter, people noticed that he wasn’t alone in the basket. Click below to see what the man was holding tightly in his arms.

As he was lifted up, he made sure his little dog made it out too. Even though his own life was in danger and he was no doubt terrified, he knew he couldn’t leave his friend behind.

We are so grateful for the many heroes who have gone above and beyond during this frightening time. Even in the midst of darkness when it seems like there is no hope, there is much light shining through.

Were you happy to see this man bring his dog with him as he was pulled into the helicopter? So share this!