He Hears Strange Cries, Sees Dog Dangling From Balcony. That’s When He Leaps Into Action 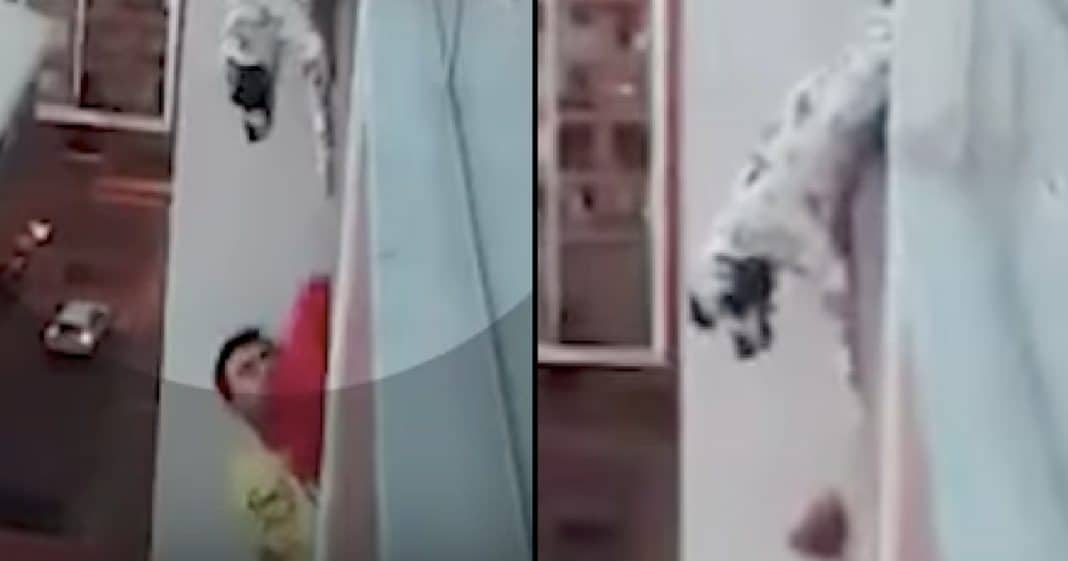 This man was sitting at home when he heard some strange sounds coming from outside. It almost sounded like someone was crying.

When he first looked out he didn’t see anything, but then he realized the noise was coming from above. That’s when he looked up and saw something that left him cold.

A dog in the apartment above him had managed to wedge itself between the bars of the balcony. Everything but its back legs was dangling from the bars several stories above the ground, and the terrified dog was unable to get himself back up.

Assessing the situation, the man first tried to push the dog back up with a broom, but when that didn’t work he knew he would have to take more drastic action.

What he did next some people might call heroic and others might call insane, but one thing’s for sure – this will definitely get your heart racing!

Ignoring the danger to himself, the man pulled himself up to the floor above him and climbed over the balcony. Then he slowly pulled the petrified pup back to safety.

I don’t know if I would ever be brave enough to do something like this, but I know this dog is grateful for what this man did that day! Hopefully, its owners have learned their lesson and will put something in front of the balcony so nothing like this ever happens again!

Were you amazed by what this man did to save this dog? So share this!