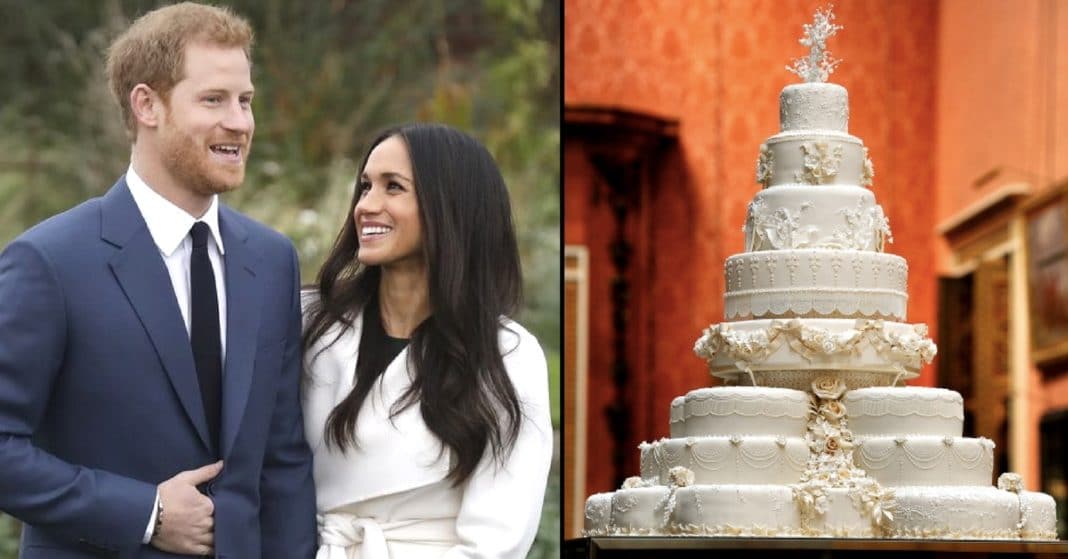 The British royal family has always been known for their traditional approach to weddings and life in general. Rarely does the queen deviate from the norm.

But ever since the 2011 wedding of Prince William to Kate Middleton, the younger generation of royals has made slight changes to what’s usually done.

Unlike other lavish and over-the-top royal weddings, Harry and Meghan’s will be a more intimate, romantic ceremony. It will be held in the very chapel where Prince Harry was christened in 1984.

Embed from Getty Images
St. George’s chapel is located on the grounds of Windsor Castle. It can seat 800 guests, but it’s nowhere near the scale of Westminster Abbey or St. Paul’s Cathedral.

The traditional royal wedding cake is usually a fruitcake. The cake contains several tiers because it will be preserved for future major events in the couple’s life and marriage.

While the top layer is usually saved for a couple’s first anniversary, in the royal family they save this tier for the christening of their first child.

At William and Kate’s wedding, the couple decided to veer a little bit away from tradition by having the groom’s cake made of chocolate cookies (perhaps because he’s a chocolate lover like his grannie, the queen).

But as more details of Prince Harry and Meghan Markle’s upcoming May 2018 wedding are making their way around the internet, it’s clear that they will probably be taking an even less traditional approach to their nuptials.

One rumor that has been circulating is that the couple will have a banana wedding cake instead of the traditional fruitcake. Prince Harry loves anything banana flavored, and Meghan has posted several photos on social media that suggest she’s a big fan of the fruit as well.

Royal watchers will find hidden meaning in any statement or picture. One particular photo Meghan posted on Instagram back in October 2016 – just after news of her relationship with Prince Harry broke – helped establish the seriousness of their bond. The picture shows two bananas with hands and faces drawn on them. They appear to be cuddling. Meghan captioned the photo, “Sleep tight xx.”

Sleep tight xx (Update: Thanks so much to those who shared the photo cred 🙂 I didn’t know, and I love it! Credit where credit is due: I’m bananas for this @percxption) ???

Whether this photo was actually meant as a private joke between the two or was just coincidence, we’ll never know. But the idea of Meghan using a pair of cozy bananas to refer to her relationship with one of the most famous men in the world is quite cute.

Harry and Meghan seem to be very smitten with each other. Their bond appears very natural and their relationship down-to-earth. Having bananas play such a prominent role in their wedding reception would be very sweet because it shows how much they love one another as well as their sweet sense of humor.

Embed from Getty Images
I don’t know about you, but I can’t wait to see what other surprises these two lovebirds have in store!

Are you excited for Harry and Meghan’s royal wedding? So share this!