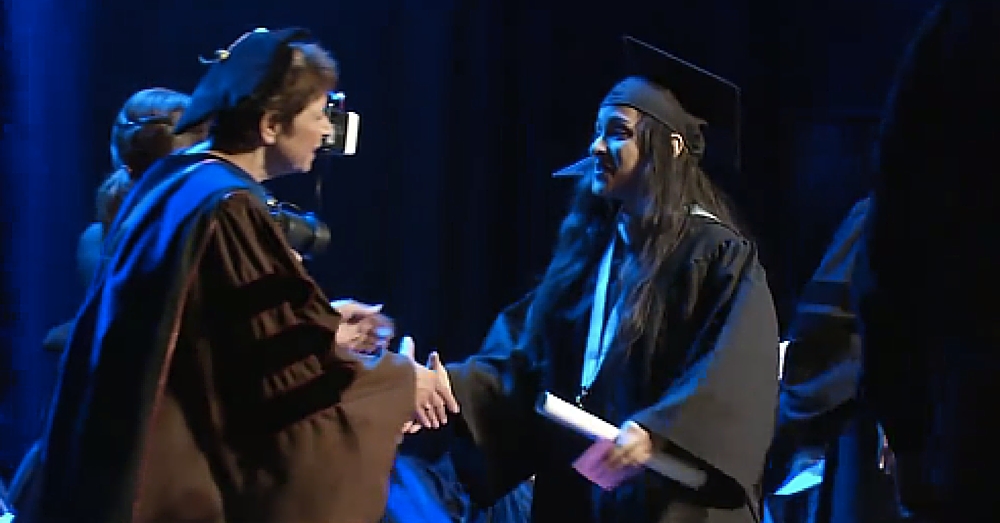 When you talk about stories of overcoming the odds, this one might just take the cake.

For Bianca Jeannot, 22, it seemed like the cards were stacked against her from the start. Growing up, she, her single mom, and her siblings – including one older brother, Paul, who has stage 4 kidney disease, and another, Michael, who has Down syndrome – bounced around to different homeless shelters and family homes before getting into a government-funded apartment. Then, when Bianca was 18, her mother passed away, leaving Bianca the primary breadwinner and caretaker for her family.

While many might feel like giving up at that point, Bianca never did. She decided to pursue a degree in English with a certificate in forensic science and, while doing so, held down four jobs – 3 on-campus and 1 off – was editor-in-chief of the school’s literary magazine, wrote for various campus publications, and founded an anime club that won two awards from the student association for presenting the best events on campus.

When asked how she managed to do it all, Bianca replied, “I don’t know. I can only seek to go forward. I never had the luxury to stop moving.” And while most people would be crushed under the weight of it all, Bianca insisted, “It’s not much of a burden. It’s a weight that I’m willing to carry and I’ve learned to adjust.”

“Although we’ve suffered, and although we’ve gone through a lot,” she said, “it’s made me who I am, and I wouldn’t change it for the world. If I can do it, it means that it’s meant for me.”

Not only did this bright and driven young woman graduate from the College of New Rochelle – the first in her family to ever receive a college diploma – she did so with honors! “She is one of the most energetic, creative, vibrant, intelligent students I’ve ever had,” said one of her professors, Daniel Smith. “She is going to have a really bright and wonderful future.”

When asked what her plans are now that she has graduated, Bianca said she just wants to sleep a little bit. Then she will start pounding the pavement. She hopes to find a job somewhere in the field of animal welfare.

Were you blown away by the ambition and drive of this young woman? So share this!