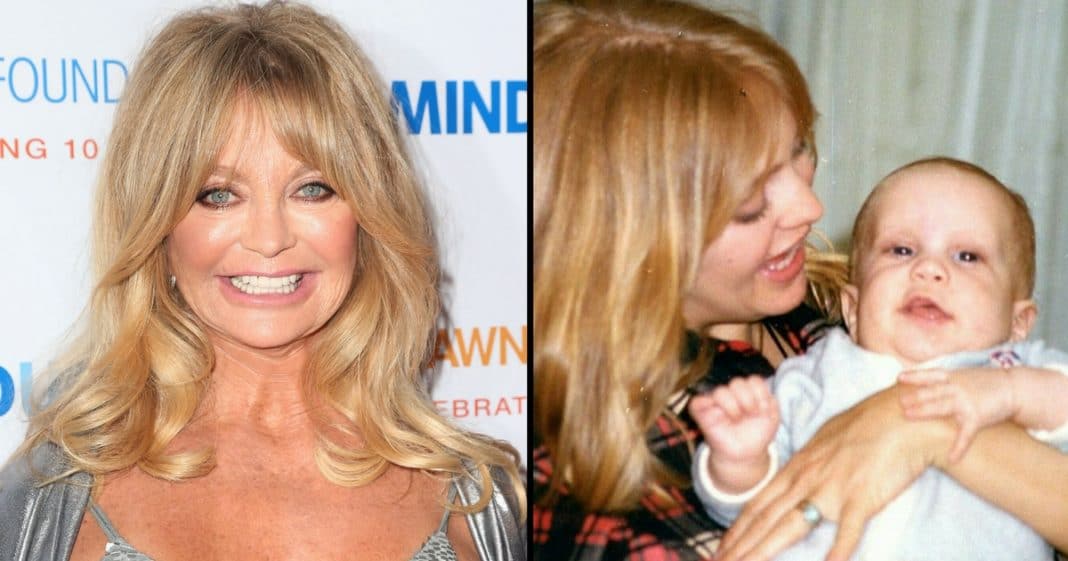 Goldie Hawn rose to fame in the 1960s on television’s Rowan & Martin’s Laugh-In and starred in such popular films as Private Benjamin, Cactus Flower, and First Wives Club. Now, after a 15-year hiatus from the big screen, she is making a comeback with the action comedy movie Snatched.

The 71-year-old actress sat down with People magazine to promote her new film, and while she was there she opened up about a scary moment in her life and how one simple prayer changed everything.

Hawn’s eldest son, Oliver Hudson, is now 40 years old and a successful actor in his own right, but when he was first born he gave his parents quite the scare.

Hawn was battling toxemia in the hospital, so it was a day and a half before she was even allowed to see her newborn son. When they wheeled her into the hospital room to see him, she was struck by how beautiful he was, but also knew that he was very sick and the situation was dire.

As she watched him lying there, sedated by doctors, she instinctively reached out and placed her hand on him, sending up a desperate prayer to God to save her precious son.

As she and her doctor watched Oliver grow stronger before their eyes, the doctor told her something she has never forgotten:

“If more mothers knew — they have the power to heal their children,” he told her.

She said that since that time she has used her story to encourage other mothers going through similar scary situations.

Today Oliver is strong and healthy and making his momma proud.

Hawn said she doesn’t consider herself an especially religious person, but after what she and Oliver went through, she does believe in the power of prayer.

“I don’t think there’s any question that prayer can work,” she said. “I’m not a religious person, although I was raised Jewish and I like my tribe, but that was a beautiful thing. It was phenomenal. I just emptied myself. I don’t know how to explain it.”

Do you believe a mother’s prayers have power? So share this!