Together forever: Elderly couple married for 62 years passes away while holding hands 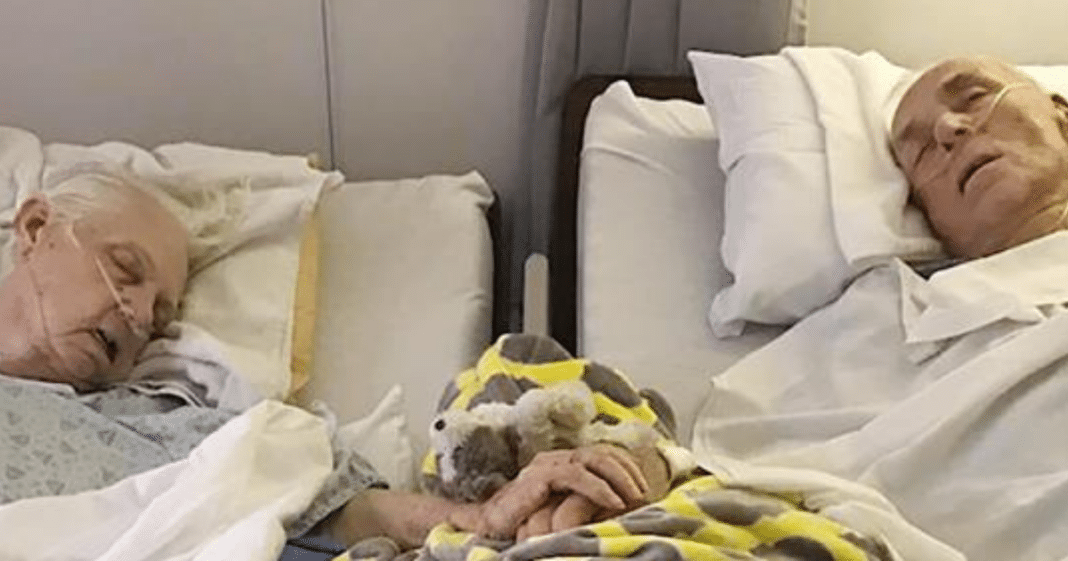 Every love story is special, but there are some that just take our breaths away. That’s exactly what happened when we heard this story Donetta Nichols shared about her parents, Tom and Delma Ledbetter.

The sweet couple met in 1955 through mutual friends when Tom was stationed in Florida with the Air Force. Donetta said her mom rode with him while he moved his car one day and, after driving around for a couple of blocks, Tom reached over, grabbed Delma’s hand, and kissed her cheek.

While Delma thought he was being a little “forward,” after just three weeks of “long walks around a nearby lake and talking about everything from their childhood to the present,” they got married.

Soon after, two daughters followed, and Donetta recalls how her parents supported them “in every venture – good, bad, hard or easy.”

Both girls were on the drill team in high school, and their mom was at every practice so she knew right where to find them on game day. And even though Tom worked shift-work, he never missed even one of their games.

“They were totally devoted to each other, their children, their grandchildren, and finally their great-grandchildren,” Donetta said. “It was all about family.”

She recalled hearing her parents talk many times over the years about how much they wanted to go to heaven together, but she questioned if that would really be possible.

“I always thought to myself how nice that would be for them, but could that really happen?” she said.

But in April, Delma fell ill and did not recover. Then, just a few days later, Tom also fell ill. Emergency services brought him to the nursing home where Delma was and put their beds next to each other. Donetta said the first thing her dad did when EMS brought him in was take her mother’s hand in his.

“They had pushed their little beds together and Mama was laying right there, facing him,” she recalled. “She was asleep and Daddy goes and he reached over there and he grabbed ahold of her hand and he just laid there with her, and it was so sweet.”

The next day, at 5:46 p.m., Tom passed away. Then, just an hour and a half later, Delma followed. They were still holding hands.

The funeral home kept them together and the family held a joint funeral service for them.

Even though they were heartbroken to see them go, their family knows they went exactly how they wanted to – together.

“I know they entered the gates of Heaven hand in hand, and with no pain!” Donetta said. “That is what keeps our family going. We loved them so much, and know we will see them again one day.”

Were you touched by this couple’s sweet love story? So share this!