He Goes To Pay Bill And Realizes He Has No Money. What This Stranger Does Next Changes Everything 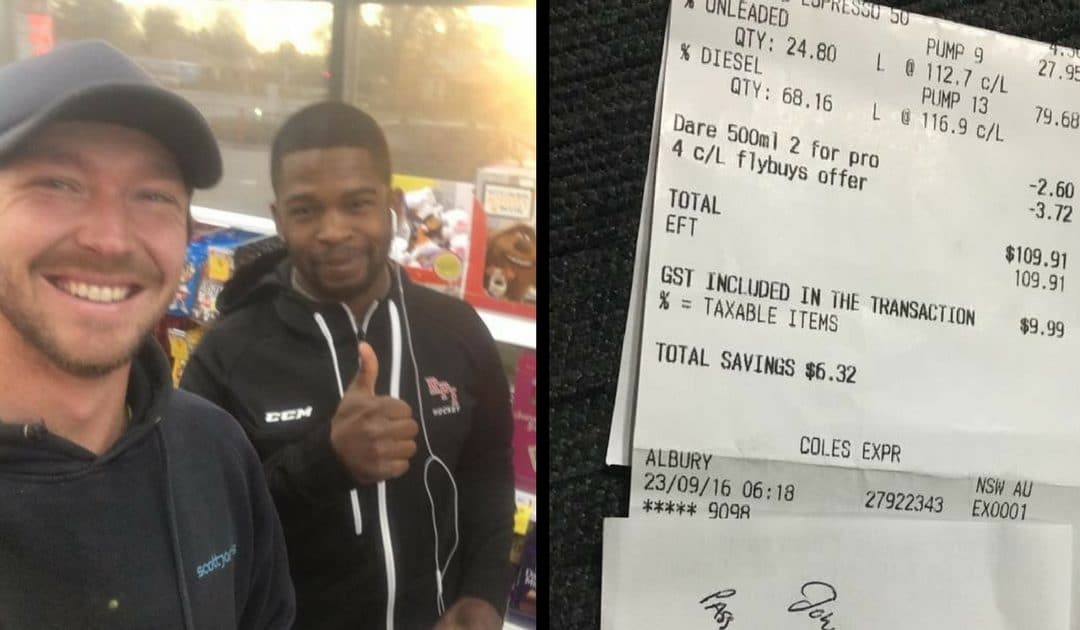 Tyson Crawly had stopped to get gas on his way to work when he suddenly remembered something that made his stomach drop. He had switched bank accounts the night before and transferred all his money into his new account, but he had forgotten his new card at home.

“Once I got to the register I realized I didn’t have my new bank card on me,” he recalled.

He tried using another account to pay, but had trouble with that one too.

“I tried using one that had a joint account to it but I could not for the life of me remember my PIN number!” he said. “After searching through my iPhone bank app to figure out how to reset my pin I had failed. My dog was barking wildly, I had to get to work, and I was starting to freak.”

With a gas bill totaling $109.91, Tyson began to panic. It was then that a stranger walked up behind him and did something that left him stunned.

“Do you need some money?” the young man asked. He then swiped his card at the register and paid the entire bill.

Tyson couldn’t believe what this man had done and told him to write his number on the back of the receipt so he could pay him back.

The man took the receipt, wrote on the back, folded it, took a quick photo with Tyson, and then walked out of the store and was gone.

When Tyson unfolded the receipt to get the guy’s information, though, he couldn’t believe what he found. Instead of a number, there was a simple note:

Tyson was stunned by the man’s kindness and generosity. He shared his story on Facebook along with a plea for others to act in the same manner as they go about their lives.

“Please be beautiful people,” he wrote, “and remembers it’s not about keeping up with the Joneses, having the biggest house, most expensive car, the largest bank account, but work with each other. After all, what is money compared to the quality of human life?”

Were you touched by what this man did for Tyson? So share this!