Her G’ma Died 14 Years Ago, After Graduation Dad Hands Her A Note 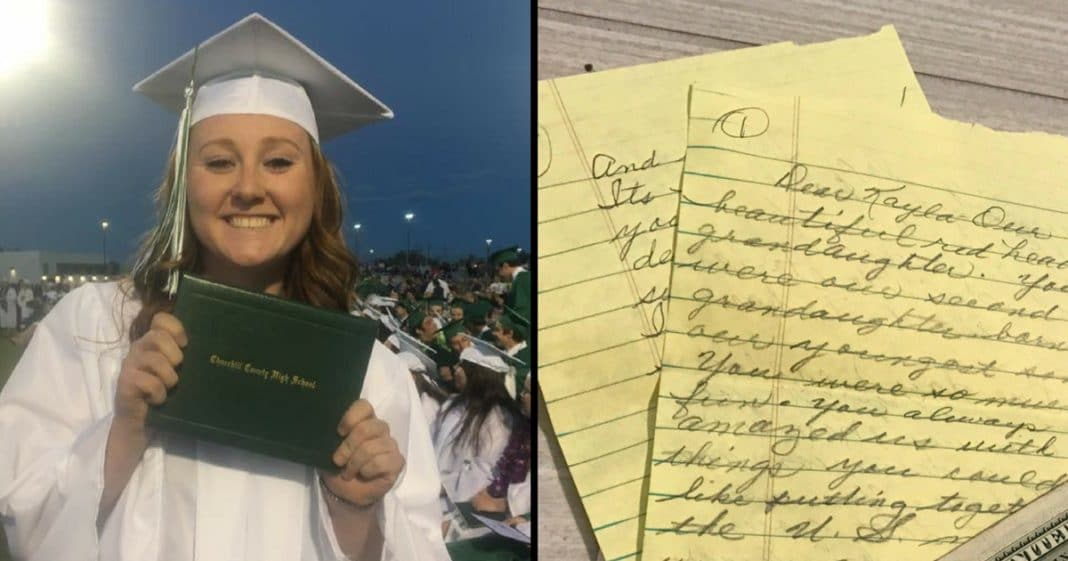 The relationship between a grandparent and their grandchild is such a special one. Grandparents love to spoil and love on their grandkids and find joy watching their kids raise children of their own.

When Kayla Buckmaster was born, her grandmother was overjoyed. She wanted to be a part of Kayla’s life as much as possible, and the two spent every moment together that they could.

“She made all my birthday cakes, took me everywhere she went, and was the best grandma ever,” Kayla recalled. “She had the kindest heart and was always willing to help anybody in need.”

Sadly, when Kayla was just four years old, her grandmother passed away from a brain tumor. The now-18-year-old misses her every day.

Last week, Kayla graduated from high school. She was excited to celebrate with her family and friends, but she knew there was one very special person missing.

While she was at her graduation party, though, Kayla’s dad texted her and told her he had a special present for her. When Kayla got home he handed her an envelope, and what it held left her stunned.

Before she had passed away, Kayla’s grandmother had written her a special letter and tucked it away in a card – along with a special graduation gift – for Kayla to open when she finally graduated.

Even though her grandmother had been gone for so many years, reading her kind words almost made it feel like she was back.

“This letter was a total surprise,” Kayla said. “I started crying, and it was super exciting and emotional.”

Leave it to a grandmother to think ahead 14 years to make one of the most exciting days of her granddaughter’s life extra special. We know this letter is something Kayla will treasure for the rest of her life!

Were you touched by what Kayla’s grandmother did for her before she died? So share this today!