She Gives Leftovers To Homeless Family. Then Mom Says Something That Rocks Her To Her Core 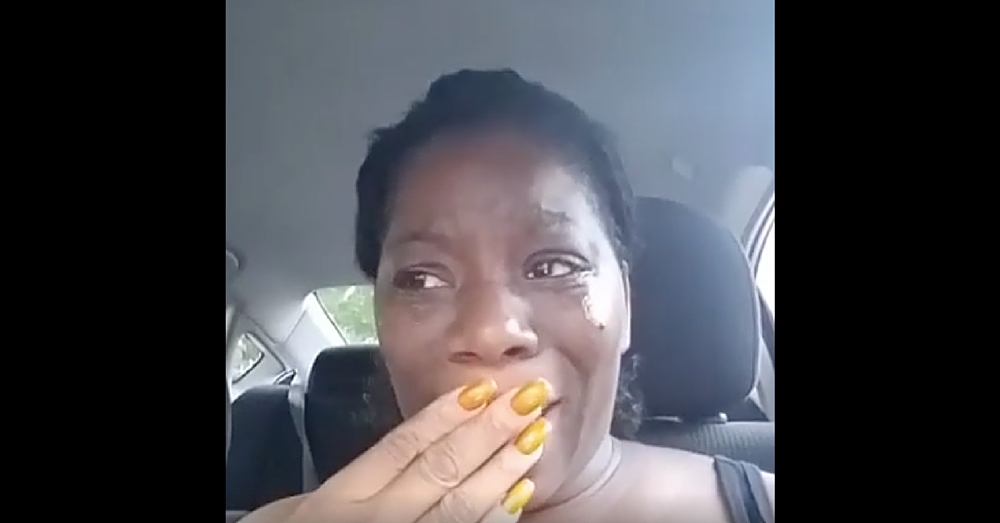 When Kim Colvin from Birmingham, Alabama, decided she wanted some roast beef for dinner, she forgot she was just cooking for one.

“Ever since the boys got grown and I live on my own,” she said, “I really don’t know how to cook small anymore.”

She whipped up a feast fit for a king: roast beef, a vegetable medley, macaroni and cheese, green beans, corn muffins, and corn on the cob.

The next day, when she went to heat up some of her leftovers, she realized she would never be able to eat all of that food by herself. Instead of throwing it out, she decided she would make up some plates and give the extra food out to the homeless.

She ended up making 11 plates of food and then loaded them in her car and headed to the park to pass them out.

What happened next left her so overwhelmed that she went back to her car and recorded a video about her experience, which is now going viral.

She said she walked up to a gazebo where a woman was sitting with three kids. One of the girls started tapping her mom on the leg and, when she looked up, Kim saw that there were tears streaming down her face.

The woman told her she didn’t have any money or any place to go, and she had just been praying and asking God to provide some food so she could at least feed her children, even if not herself.

That was the exact moment Kim walked up to her. As the woman was asking God to provide, she looked up and saw Kim standing there with plates of food for her and her kids.

“To see the tears and how grateful she was, I was just outdone,” Kim said. “I was just at home – that didn’t even cross my mind. God put it on my heart…[to not] throw this food away.”

Were you touched by Kim’s story? So share this!