Girl Tells Dad Classmate Proposed. Then He Looks In Her Bag And Finds A Diamond Ring… 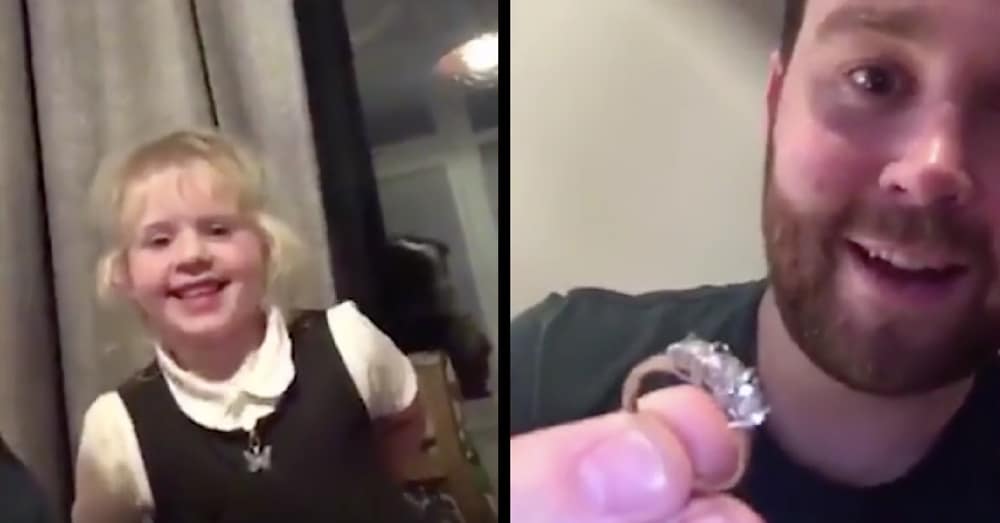 When little Millie came home from school and told her parents that her classmate Tommy had proposed to her, they didn’t think too much of it at first.

Lots of kids like to play pretend – I have many memories of playing house with my friends on the playground at school. Two children would play the mommy and daddy and the rest would usually be their children, or perhaps one of the pets.

Playing like this is good for kids’ imaginations, but Millie’s parents were about to discover that her game of pretend was a little more real than they first thought…

When Millie told her parents that Tommy had given her a ring, they assumed it was a candy ring, or maybe a big plastic one. But when her dad went to look in her bag he couldn’t believe his eyes!

Inside her school bag he found a very real ring with three large diamonds!

It turns out Tommy had taken his mother’s engagement ring to give to Millie! Quite the little romantic he is!

We’re sure the ring was quickly returned to its rightful owner. This story is one that is sure to be told for years to come!