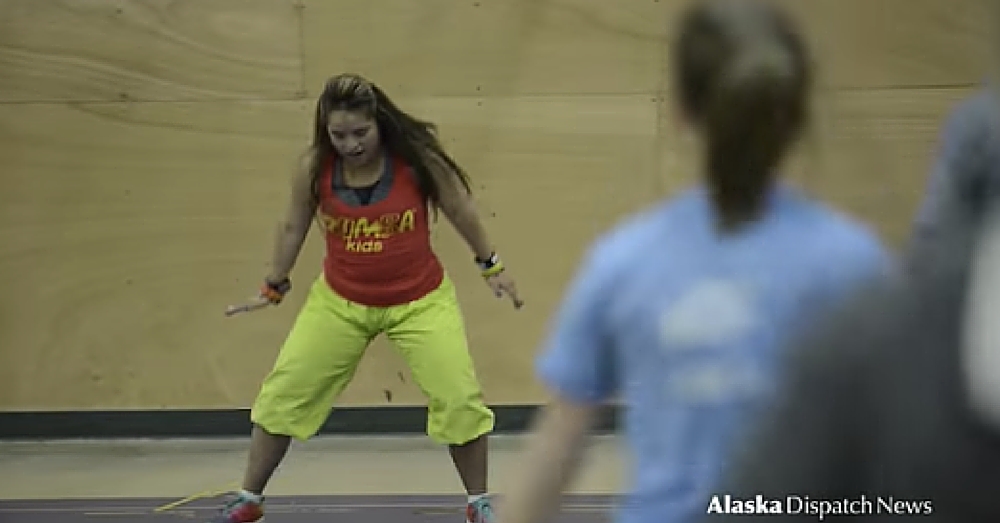 Twenty-four-year-old Yulissa Arescurenaga stood in front of a room full of about 50 people leading them in some complicated dance routines and helping them work up a sweat. At first glance it looked like a normal Zumba class, but there were two big differences.

The first was that the participants were part of Anchorage, Alaska’s Service High School’s Partners Club, which pairs students with and without intellectual disabilities for sports and other activities. The second was that Yulissa has Down syndrome.

Yulissa took her first Zumba class in 2008 and from that point on dreamed of one day becoming a certified instructor. She spent years memorizing the dance routines and practicing for six hours each day and, in March 2012, fulfilled her dream by becoming a licensed Zumba instructor – the nation’s first with Down syndrome.

Now Yulissa regularly teaches classes in the San Francisco area and has even been on stage with Zumba creator Beto Perez at the Zumba Instructor Convention in Orlando, Florida.

Yulissa’s mom, Marlene Palomino, said her daughter is usually very shy, but something comes alive in her when she starts dancing. She connects with the music and with the people she is teaching. “When she’s with the music, she’s got it,” Marlene said.

Adam Ahonen, a life skills teacher at Service High School, said seeing Yulissa following her dream and teaching others is inspiring to his students with disabilities. “It just opens up so many doors, to know somebody’s out there doing it,” he said. “It teaches them they could be the first person with Down syndrome or autism doing something.”

Liam Mamikunian, a recent graduate and the co-president of Service’s Special Olympics Partners Club, said Yulissa was “killing it.” “She didn’t miss a beat,” he said. “I got an amazing workout.”

“It’s an amazing inclusive experience,” Liam added. “There’s no differences when it comes to this.”