Girl Scout Asks Mike Rowe To Buy Cookies, But 1 Part Of Her Letter Has Him Cracking Up 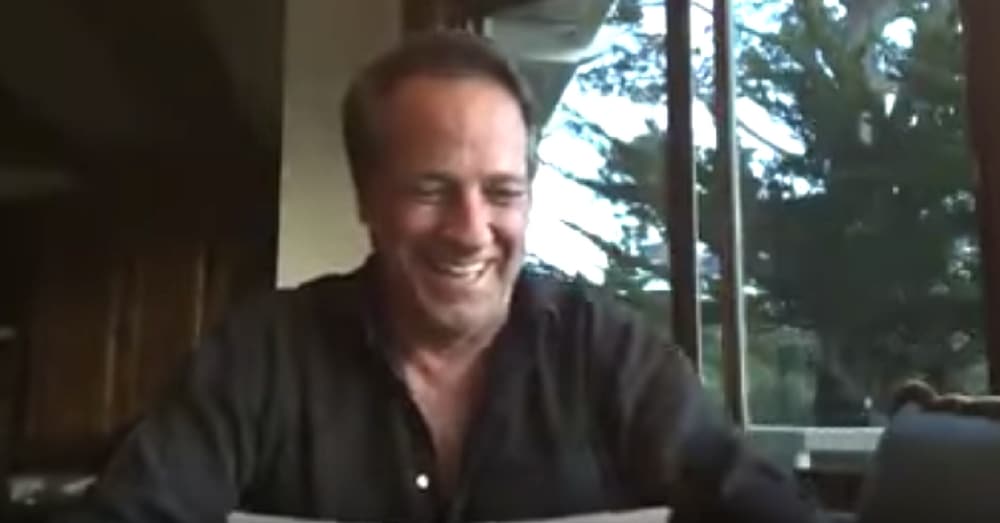 Mike Rowe is best known for his television shows Somebody’s Gotta Do It and Dirty Jobs, but he has also come to be known as a kind and caring individual who is down to earth and says it like it is.

Perhaps it’s his kindness that led 11-year-old Charlotte McCourt to reach out to him.

Charlotte is a Girl Scout and, as most of us are aware, it’s that time of year when Girl Scouts start going door to door, selling their famously irresistible cookies.

Knowing that her dad was friends with Mike, Charlotte decided to see if the TV host would be interested in buying some cookies from her this year, especially since proceeds will go toward supporting American troops.

She typed up a letter and sent it on to Mike, but when he started reading it he couldn’t hide his amusement.

It turns out Charlotte has a real gift for sales, and Mike knew her brutally honest letter needed to be shared with the world. He filmed himself reading it and uploaded it to YouTube, where it quickly went viral.

“My name is Charlotte and I love being honest with my clients,” the letter began. “The Girl Scout organization can sometimes use false advertising.”

What she said next had Mike cracking up as he read. Click below to see what Charlotte said that had Mike rolling with laughter:

It looks like Charlotte has a career in sales or advertising ahead of her! I know I always appreciate it when a salesperson gives me their honest opinion, and after hearing her take on the gluten-free cookie – “a bleak, flavorless, gluten-free wasteland” – I wouldn’t hesitate to buy from Charlotte!

It turns out I’m not the only one either! After Mike posted the video Charlotte’s sales went through the roof! Her goal was to sell 300 boxes of cookies, but she has already sold tens of thousands!

The best part is that more than 7,000 of the boxes that were purchased are being donated to U.S. service members!

And what does Charlotte have to say about her newfound fame?

“It’s been surreal. And almost crazy, but I really like it,” she said. “I like how the people at school kind of recognize me more, as like, a person. And it’s helping the troops.”

If you would like to purchase some Girl Scout cookies from Charlotte and help support our troops, you can do so here.

Did you love Charlotte’s “honest advertising” as much as we did? So share this!