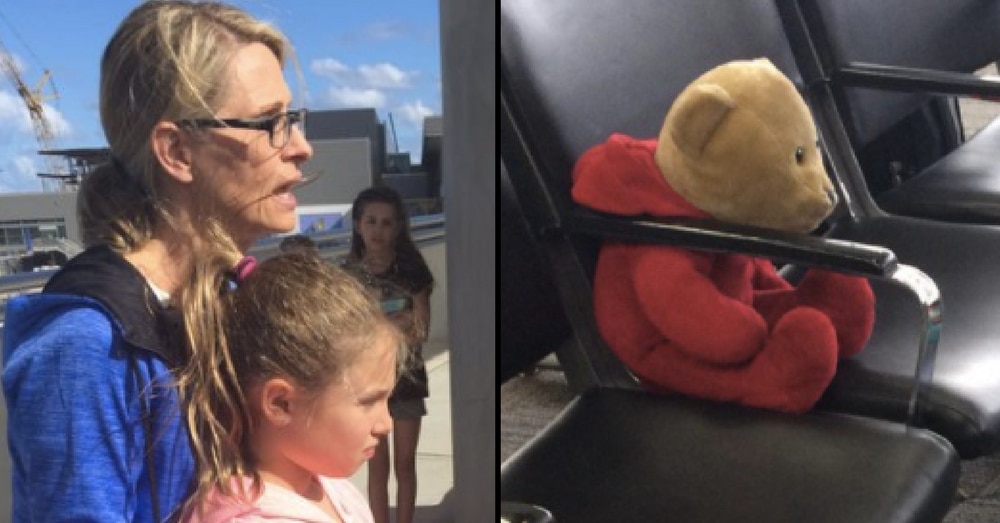 When a deranged shooter began firing his weapon in the middle of baggage claim at Fort Lauderdale-Hollywood International Airport last week, travelers ran for safety, leaving behind their personal belongings as they fled for their lives.

In all, approximately 20,000 different items were abandoned by travelers around the airport. Some of those items weren’t that important, but one of them was irreplaceable – a teddy bear.

Ten-year-old Courtney Lariviere had just gotten back from a cruise with her family when pandemonium erupted in the airport. In the chaos she had to leave behind her favorite stuffed animal, a bear named Rufus.

While many children have beloved toys and stuffed animals, Rufus was extra special. He had been given to Courtney when she was an infant by her grandfather, just months before he passed away.

“My daughter has never slept a night without him,” Courtney’s mom, Kim, said. “Every flight, every water park, camping, slumber parties, everything. He is irreplaceable.”

Once things had settled down Courtney’s family began the hunt for Rufus. Kim tweeted out a photo to see if anyone could help them locate the special bear.

“(Courtney) will not fall asleep without him, so you can imagine that after the nightmare we lived through on Friday in terminal 2, it’s been difficult for us,” Kim said. The family has been stranded in Fort Lauderdale ever since the shooting occurred.

But, while finding Rufus seemed like trying to find a needle in a haystack, just four days later the family received the call they had been praying for. Rufus had been found!

Airport officials had recovered the stuffed bear and on Tuesday Courtney and her family returned to the airport to retrieve him.

“She is beyond happy,” Kim said.

Kim added that she grieves for the families and friends of those whose lives were lost in the tragic shooting, but is so grateful to the authorities who reunited Courtney with her beloved bear.

Were you happy to see Courtney and Rufus reunited? So share this!