Giant Panda Gives Birth, But When She Gets Up Keepers See Something That Makes Them ‘Scream’ 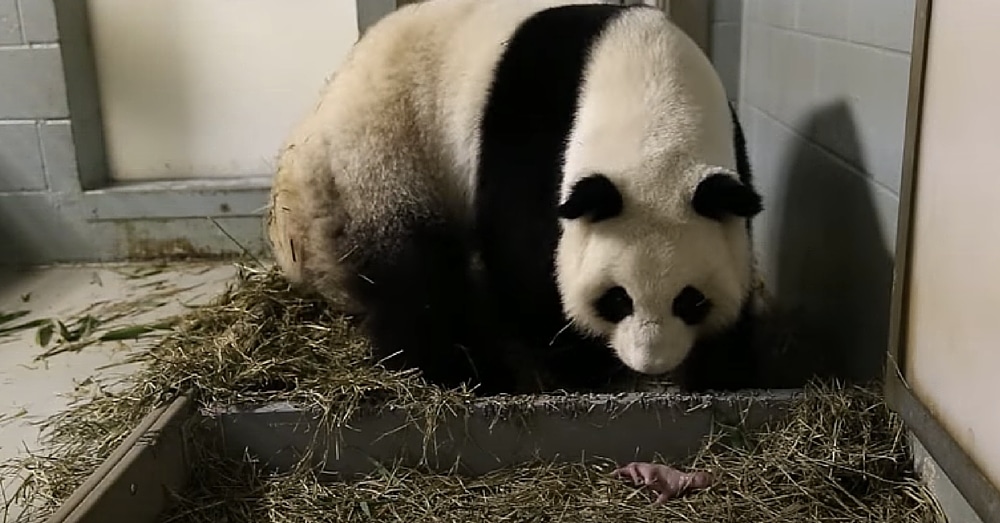 Breeding pandas in captivity is incredibly difficult, but many feel it is essential given the low numbers of pandas left in the wild. That’s why zookeepers at Zoo Atlanta were so thrilled when they found out Lun Lun, their 15-year-old giant panda, was pregnant!

On July 15, 2013, cameras captured Lun Lun giving birth to her cub. As soon as the baby was born, the proud mamma bear picked the cub up in her mouth and began licking and cuddling it.

All of a sudden, though, the staff saw something that made them scream.

There was a second cub in the pen with Lun Lun!

While the ultrasound performed on the panda had confirmed she was pregnant, they never noticed that there were actually two cubs growing inside her!

Twin panda cubs are very rare. The two cubs – named Mei Lun and Mei Huan – were the first panda twins to be born in the United States since 1987!

The moment was an incredibly special one, and one that lends hope to the efforts to keep giant pandas around for years to come.

Watch the incredible moment for yourself by clicking below!

Were you amazed watching these twin cubs make their way into the world? So share this!