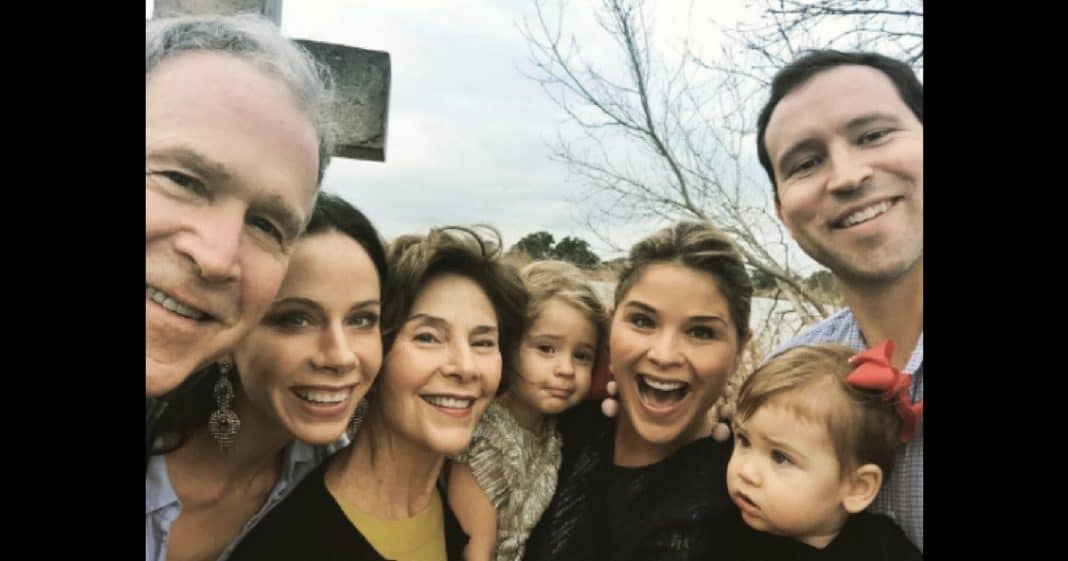 George W. Bush’s life these days is a little different than it was when he was serving as president of the United States a decade ago. He’s still the boss — at least, he’s the boss is in his family — but his day-to-day activities aren’t as stressful. Goodbye, press conferences and important meetings, and hello, ice cream and video games!

Bush is simply catering to his two granddaughters, 3-year-old Mila and 1-year-old Poppy, whose mom is TODAY’s Jenna Bush Hager.

The 43rd president won’t dispute it. “You want to play a video game, I’m the guy,” he said.

“You want to eat ice cream?” Laura Bush chimed in.

“I’m the guy,” he answered. “I’m probably undermining every lesson that Jenna and (her husband) Henry are trying to teach little Mila but, you know, what the heck?”

Merry Christmas to all, and to all a good night. May you and your family be blessed today and always. ・・・ #Repost from @laurawbush ・・・ From my family to yours, Merry Christmas! ?: Marlo Moore Collins

He does have his limits. You want to have a princess tea party? Sorry … he is NOT the guy.

“Not quite there,” Bush quipped. “I mean, I’m sensitive now. But not that sensitive.”

It makes sense that he has veto power on tea parties, since his grandchildren call him “El Jefe” — Spanish for “the boss.” Better to not cross the boss, even if you are related to him.

Read about how the former president is passing on his favorite hobby to his granddaughter on TODAY.