Frightened Lost Girl Can’t Find Her Mommy, Then Tennis Pro Does Something Stunning 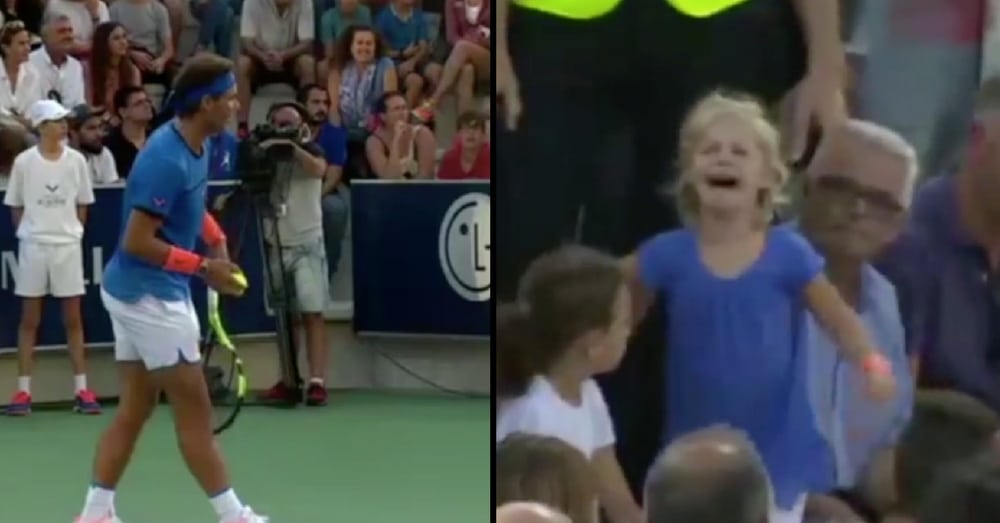 Usually in the middle of a game athletes are so focused that they don’t pay too much attention to what is going on around them, but during a recent tennis match one player proved that – to him, at least – some things are more important than the game.

Tennis pro Rafael Nadal was about to serve during a doubles exhibition match when he heard a commotion in the crowd. In one section of the stadium a frantic mom was desperately searching for her lost young daughter.

Nadal stopped the match so the mother could look for her daughter. With the help of the crowd she and the frightened little girl were quickly reunited. The camera captured them both in tears as the entire stadium erupted in applause.

Some might say the tennis pro stopped the game because he couldn’t concentrate with all of the commotion going on around him, but he also knew that if he kept playing the others in the crowd would be focused on him instead of helping the mom and child.

By stopping the match Nadal risked breaking his concentration, but he took the focus off of himself so the other spectators could focus on finding the little girl, and thankfully the mom and daughter were able to be reunited safe and sound.

Were you touched by what Nadal did? So share this!