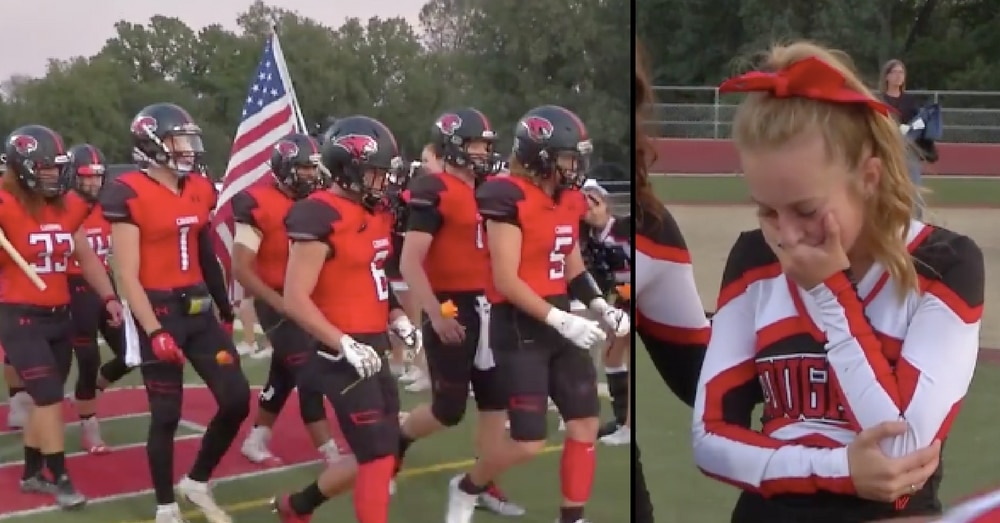 Ashley was diagnosed with Chronic Myeloid Leukemia in August and has had to undergo daily chemotherapy treatments ever since.

Wanting to show her that her classmates were behind her, senior football player Ryan Caetano came up with an idea to show her some support and got the rest of the football team to join him.

As the Foothill High School football team entered the field for Friday night’s game, each of the 57 players laid an orange rose at Ashley’s feet. Orange is the color designated for leukemia awareness.

“She’s part of the Cougar family,” Ryan said, “so why not let her know that we’re all here for her. We are. So I wanted to let that be known to everybody, and especially to her, for what she’s going through.”

A video of the players’ sweet show of support has been going viral, receiving millions of views in just days.

Ashley has declined interview requests as she is still going through treatment, but said through her coach that she appreciates the support.

Were you touched by what these football players did for Ashley? So share this!